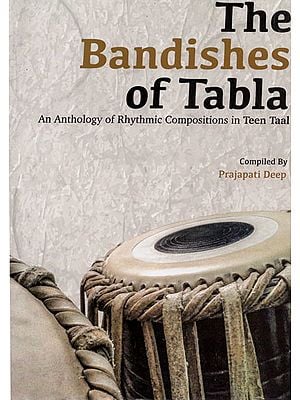 Fully insured
About This Book
This book is a small compilation from the vast repertoire of Indian percussion Tabla. This is an outcome of more than one decade efforts to gather an extensive amount of varied Tabla compositions; I received as Guru-Krupa from Sri S Sai Ram sir, Late Guru Chintamani Pujahari and from Pandit Nishikant Barodekar, who happened to receive this art from Ustad Allarakha Khan Saheb and Ustad Zakir Hussain of Punjab Gharana.

This book comprises more than one hundred fifty compositions which includes advanced Kaidas, Relas, Gats, Tukudas and Chakradars in Teen Taal. All the compositions in this book are scripted in Indian notation system and in a short-form-notation for easy reading. Most of the compositions are from Punjab repertoire.

The purpose behind foregathering these wide-ranging compositions in a single place is to make accessible the valuable treasure of Gharanedar Tabla for any kind of further study and to preserve the intact of the precious traditional compositions in a written form as the oral transmission causes subtle changes to the music.

Hope, this English version book may help the students of Tabla beyond cultures, who can read this notation and may increase their understanding of Tabla. At large, it would give a better and deeper insight to the realm of Indian rhythm.

About The Author
Shri Prajapati Deep has been keenly persuing this beautiful Art of Tabla playing and passionately worked hard in documenting some intricate and subtle nuances of the Punjab Gharana. He has tried to collect rare and commonly played compositions of the beautiful Punjab Baaj and alongwith few from other Gharanas.

This compilation covers many compositions with notation. Moreover, a spare Short-Form-Notation method also applied for expansive compositions like Kaidas and Relas. That will definitely help the students to learn and understand the preciseness of the mathematical and technical content of the compositions and to perform in an easier way. Prajapati has worked exhaustively in maintaining the authenticity and originality of rare compositions and has put more light on the accuracy of Punjab Gharana Compositions, which will focus the perspective of students in correct manner.

A comprehensive and elaborative work on most of the practical aspects of Tabla. It gives ' a clear understanding of the compositions, leading to their better production on Tabla. This work stands as an important reference for the study of Tabla; since various scientific aspects and aesthetics of Tabla need greater attention in the present scenario of music.

I know Prajapati, and after going through his compilation work, can say, that he has keen interest, and the dexterity to put forth Tabla compositions in a lucid manner, which opens the door to a finer playing of Tabla. I am confident that this original work of his, would benefit Tabla students immensely.

Foreword
There are lots of books on Tabla subject, which are more theory oriented. Generally, the books on Tabla provide less material on practical music. Very often it's a challenge to understand the structure or Chhand (the grouping of the Bol) of the compositions, which are mainly written in traditional notation system.

Mr. Prajapati Deep, disciple of Pdt. Nishikant Barodekar has tried his level best to make the reader of this book understand the composition structure by writing them in traditional notation system as well as implementing a Short Form Notation. The short form notation or grouping the phrases or Bol makes the reader easy to understand the natural punctuations (Chhand) of the compositions.

He has covered many intricate compositions of Abbaji (Ustad Allarakha Khan Saheb) and many other traditional compositions like Kaidas, Relas and fixed compositions also. Though scripting all these compositions with mathematically precised notation is a difficult task, it is appreciable one.

As this book is written in English, it is easily understandable and contains many compositions of Punjab Gharana, which are very rare. It's my pleasure and I find it noteworthy to be a part of this work. I wish, this book will definitely be helpful to the students and connoisseurs of Tabla.

Preface
Tabla is a North Indian percussion instrument widely used in Hindustani Classical Music. As a musical instrument, it has gone through a remarkable amount of refinement. Based on centuries old conceptualized Indian Taal system, it has inherited and adapted majority of its material from its preceptor, the Pakhawaj.

Having assimiliated the acceptable changes, it has accumulated a rich musical property and developed the adaptability to fit in any kind of music. Today, Tabla stands as a testimony to the evolutionary process of Indian rhythmic system and enjoys the status of a solo instrument. This has been possible only due to the dedication of great music maestroes who contributed to its growth and evolution by composing, popularizing and handing down the precious art form to the future generations. As a result of which, Tabla has reached the entire globe as both, solo and accompanying instrument.

The scope of Tabla is not confined to just being a musical instrument. It carries along the great and unique heritage of centuries old Indian Rhythm System. Having the knowledge of Tabla has a broad perspective rather than merely playing it.

In the present day, with the convergence of world music, Tabla is taken seriously by the music students beyond Indian musical traditions too. Tabla features in many generes of music. With this thirst for Tabla increasing, it has become equally important to keep the originality intact and understand the depth, authenticity and distinctness of Tabla which is the key-source.

To get a deeper insight and better understanding into the underlying beauty of the Indian rhythm, this book 'The Bandishes of Tabla - An Anthology of Rhythmic Compositions in Teen Taal' opens a tiny window to the vast repertoire of Indian rhythm in Tabla. It can be a helping guide for any Tabla student. However, the essence of Tablacan be felt more effectively through its direct perception. That can be achieved in the fullest sense only by approaching a Guru.

Equally, the practice of writing music notation is a technical tool in one's musical growth. The notation form of music can help in developing the erudite understanding of a rhythm composition. So far as Tabla is concerned, the knowledge of writing notation is a must, since Tabla rhythm is based more on complex mathematical principles.

There are certain areas in Tabla where we find it more difficult to write the notation than playing the same. I also have confronted the same difficulty in some compositions where it has taken longer time in writing notation than perfection in playing. No notation system can give a complete picture of the music it represents. It can serve as a shadow. Notation system offers to define the composition and understand the structure of a composition in a better way. It is just a concrete picture of what the way the music is organized.

Therefore, in this book, the notations are not meant for merely picking up the composition from the paper and playing it on the drum, but to understand the structure of the compositions, how they are organised, how they are segmented into various parts, the length of phrases, types of phrases used, the pauses, the inherent mathematical principles, the aesthetics, the grammar, the language of the drum-strokes etc. The notation followed in this book is based on Indian Notation System (Pandit Vishnu Narayan Bhatkhande), incorporating necessary elements.

Since, the drum-stroke or the 'be is one of the important aspects of Tabla playing, I have tried my best to maintain the uniformity in spelling the phrases. Also, a reading-guide is accompanied in the front part of the book for better pronunciation and recitation.

In the Kaida part, there is a short-form-notation for easy reading, because the Punjab Kaidas are mostly Chhand oriented, means, uneven in structure which creates a shadow of different Jaatis within the Taal. Also, unfolding the Kaidas with variations or Paltas is a distinctive characteristic of Punjab Gharana. For that, the phrases in the variations are broken into natural punctuations in short-form-notation for better understanding.

On the otherhand, it may be of good help to the students of Tabla who wish to access these many compositions in one place at one time. This compilation work is a result of atleast ten years of contemplation. This book in English version may overcome the language barrier for the students from various parts of world to have a look at the valuable treasure of Gharanedar Tabla (traditional Tabla playing).

In fact, there are number of Tabla compositions which do not find a place even in solo performances and remain unheard. Eventually, such compositions fade away with time. 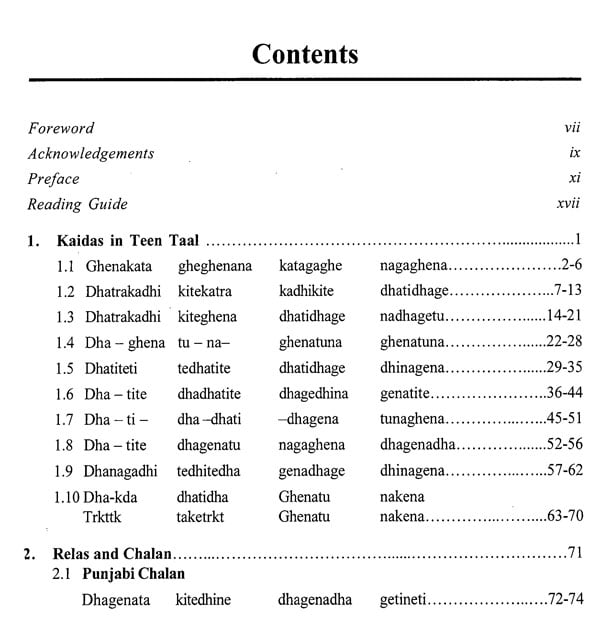 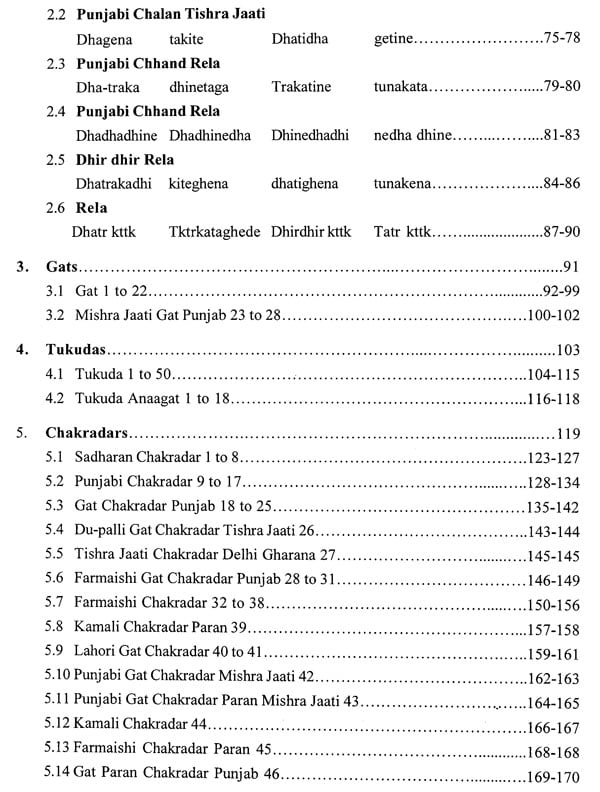 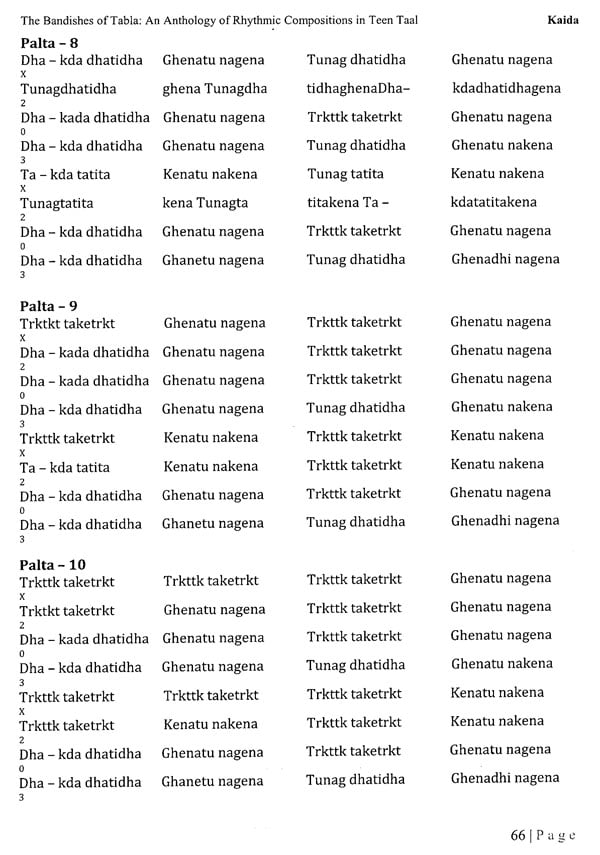 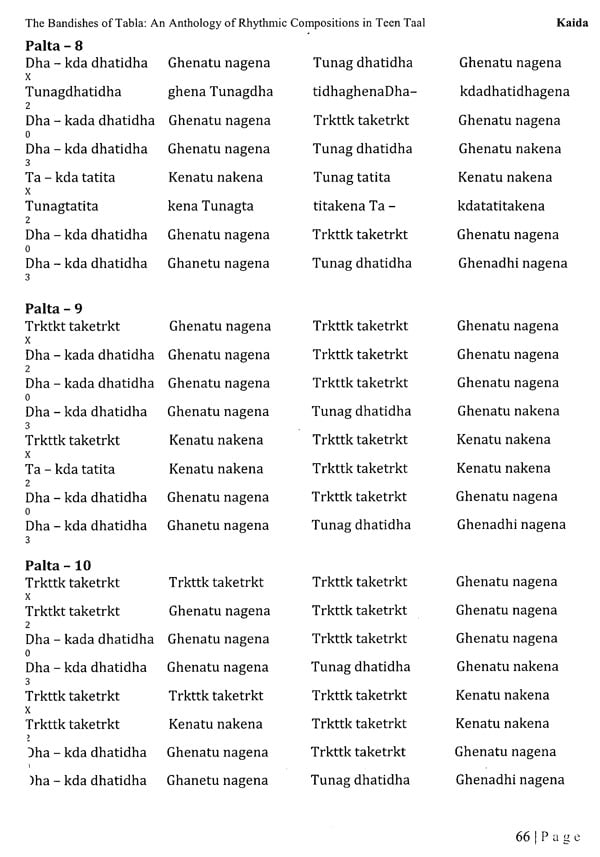 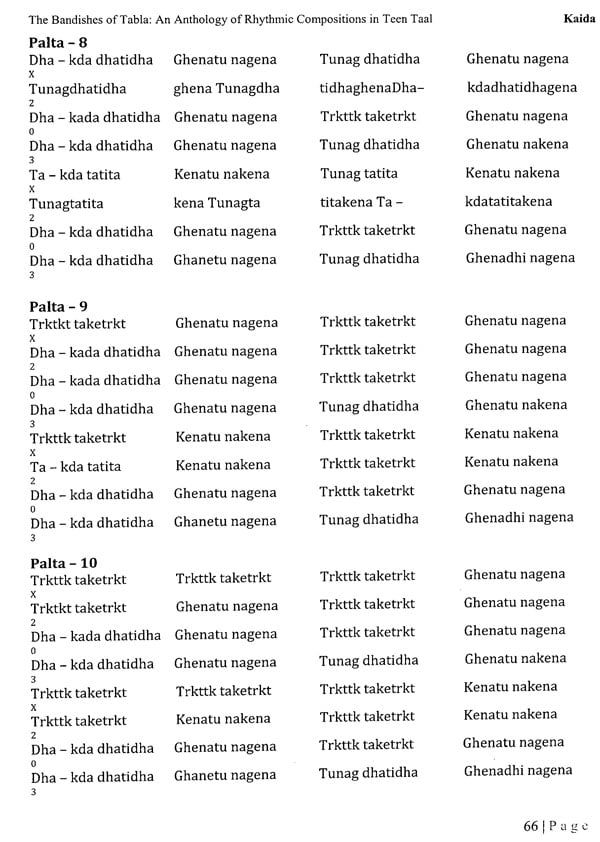 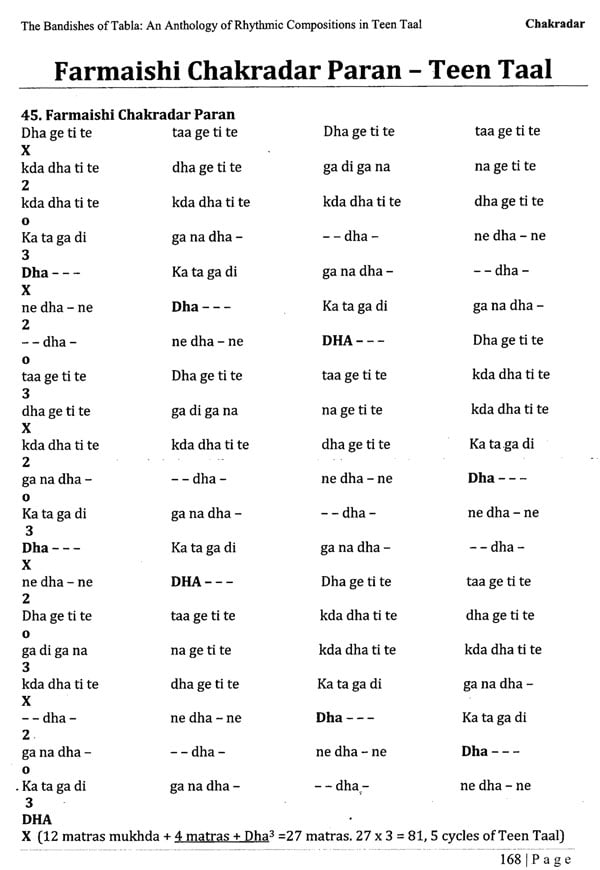 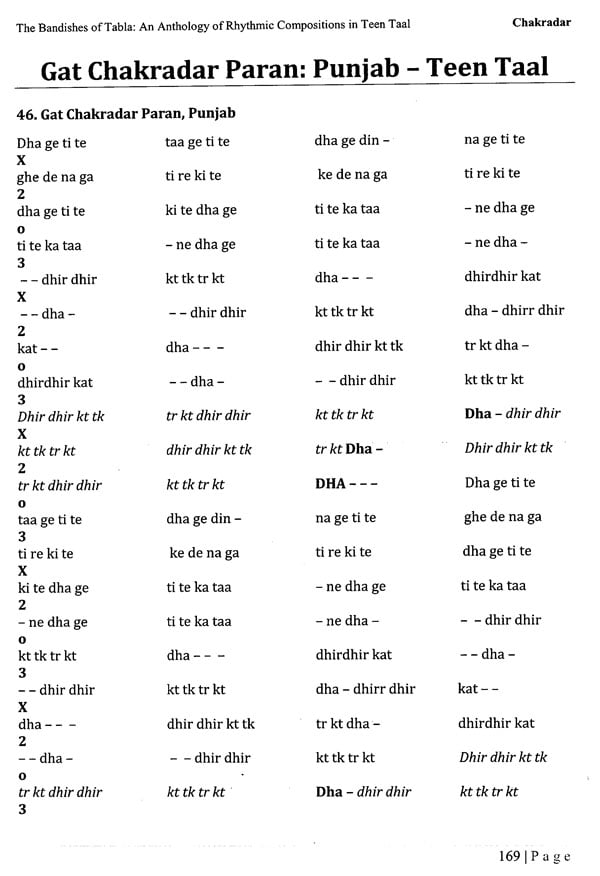 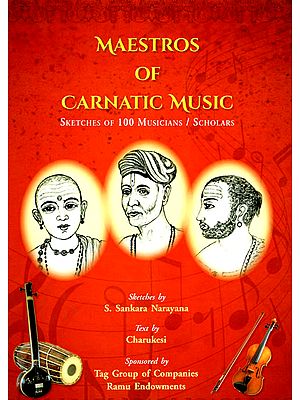 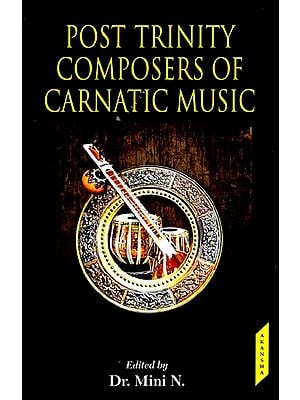 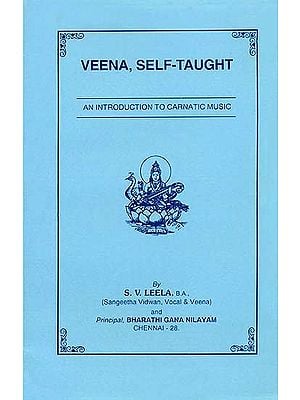 Veena, Self -Taught - An Introduction to Carnatic Music (With Notation)
By S.V. Leela
$11 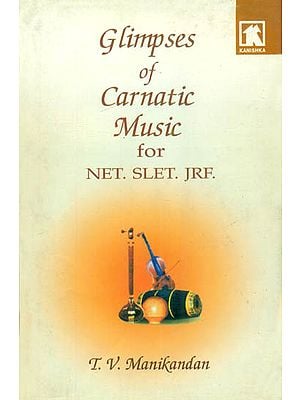 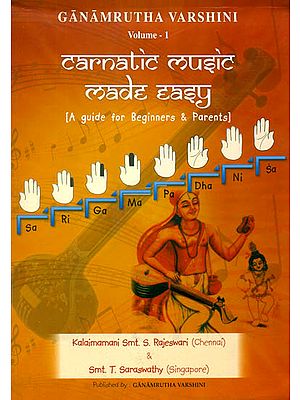 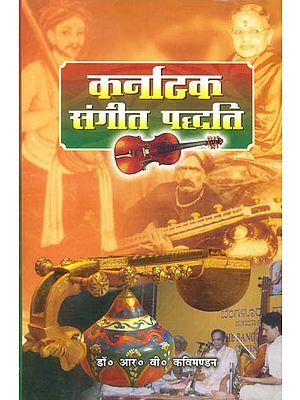 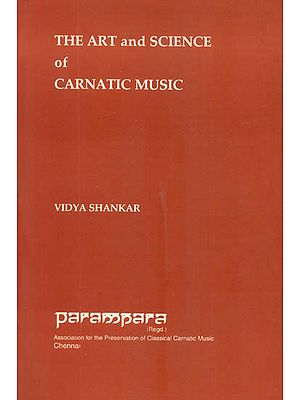