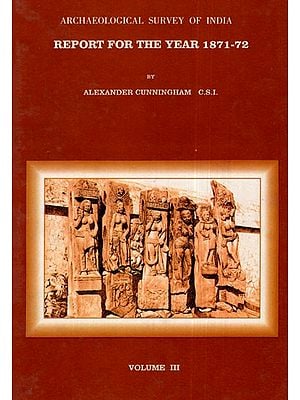 AFTER a long and careful consideration of several different modes of carrying out the Archaeological Survey of India, the direction of which has been entrusted to my charge

AFTER a long and careful consideration of several different modes of carrying out the Archaeological Survey of India, the direction of which has been entrusted to my charge, it appeared to me that the most convenient plan would be to begin with those portions of the country where much had already been done by previous explorers, so as to complete, as early as possible, the examination of the better-known provinces. Untried and inexperienced archæologists would have the advantage of comparing and scrutinizing the published accounts of their predecessors, and would thus learn more clearly and thoroughly the nature of the work that was required from them, as well as the actual extent of what had been done already.

I left Calcutta in the middle of February 1871, and after paying a visit to Jaunpur, to make plans of all the large mosques of the Sharki Kings, I proceeded to Agra, where, in the beginning of March, I met my two assistants, Messrs. J. D. Beglar and A. C. L. Carlyle. As the cold season was then too far advanced to admit of any fieldwork being carried on with advantage, I thought it best to begin with a survey of the two great capitals of the Mughal Empire, Agra and Delhi, which could be continued, without interruption, during the hot season and rains. To Mr. Carlleyle I assigned the survey of Agra, and to Mr. Beglar the survey of Delhi. Both works were completed in October 1871, and my two assistants were thus ready to take the field early in November. Their reports are herewith submitted.

For the working season of 1871-72, I selected the NorthWest Provinces as the scene of operations. For the purposes of the survey, I divided the whole country into three nearly equal sections: all the districts to the north of the Jumna forming the northern or Agra section; those to the west of the Grand Trunk Road running from Agra to Indore forming the south-west or Ajmer section; and those to the east of the road forming the south-east or Bundelkhand section. To Mr. Carlleyle I entrusted the survey of Rajputana, and to Mr. Beglar that of Bundelkhand, reserving the northern section for my own share of the work. Each assistant was furnished with a copy of the following letter of instructions with an illustrative map. The red lines in the map connected places which were known to possess objects of interest, but as many of these places had already been more or less completely described, my assistants were duly warned not to waste their time in doing over again that which had already been done. Thus Mr. Beglar, who was to visit Khajurâho, was told not to make copies of inscriptions or plans of the temples, as these had already been done by myself; each assistant was also furnished with a copy of the reprint of my four previous Archaeological Reports, as a kind of guide from which they could learn what still remained to be done. 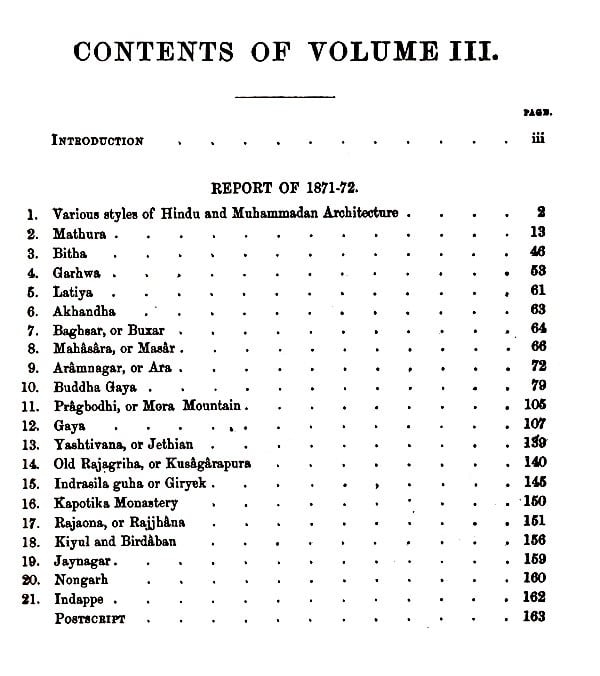 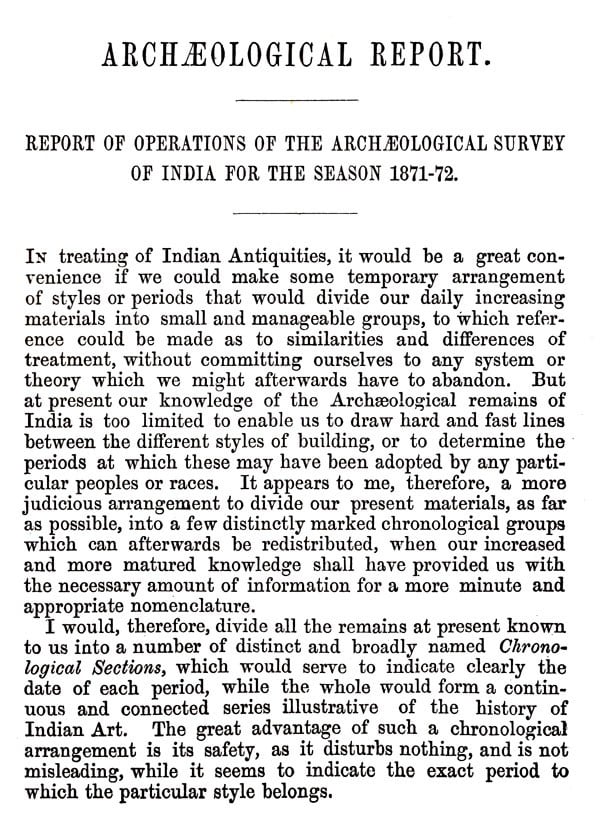 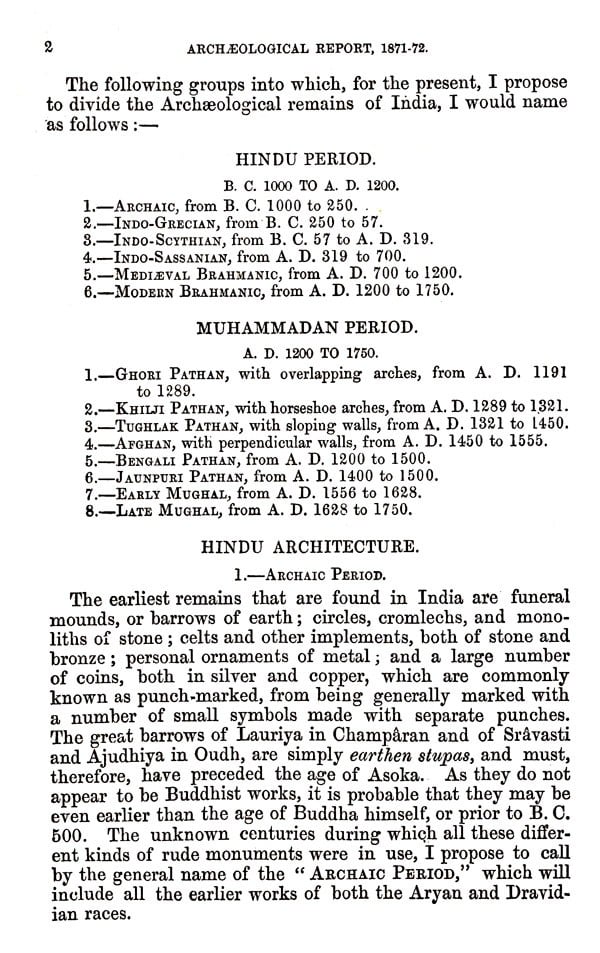 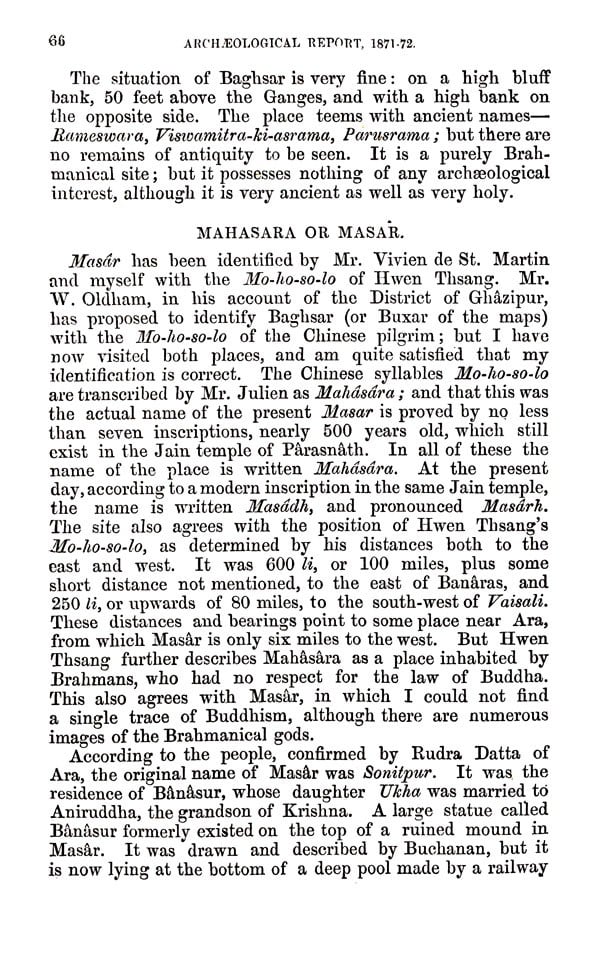 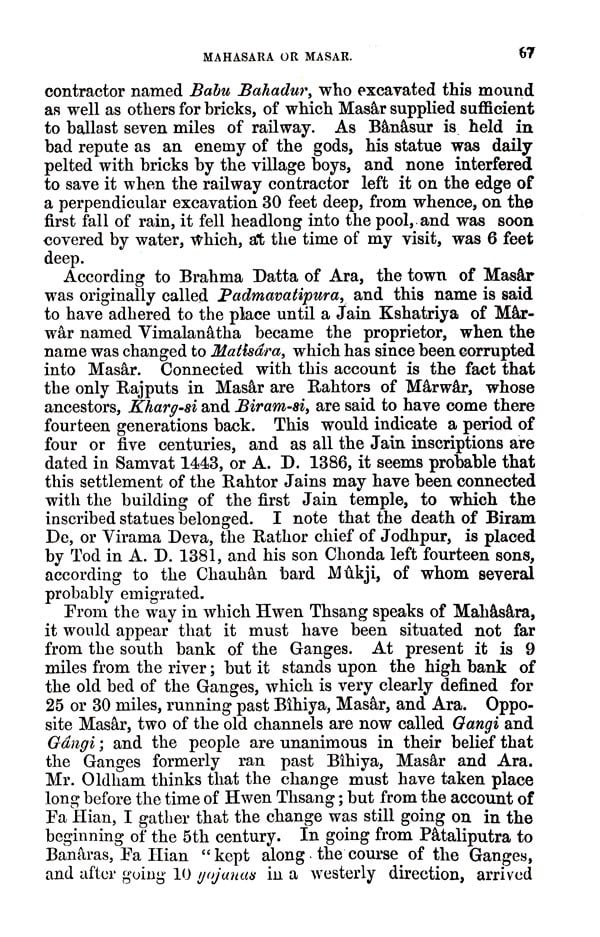 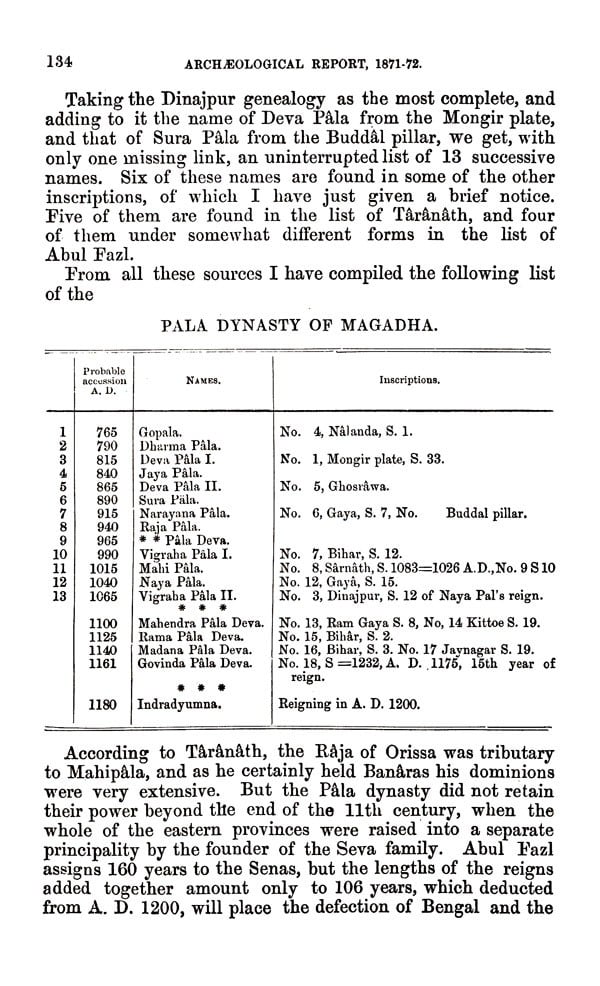 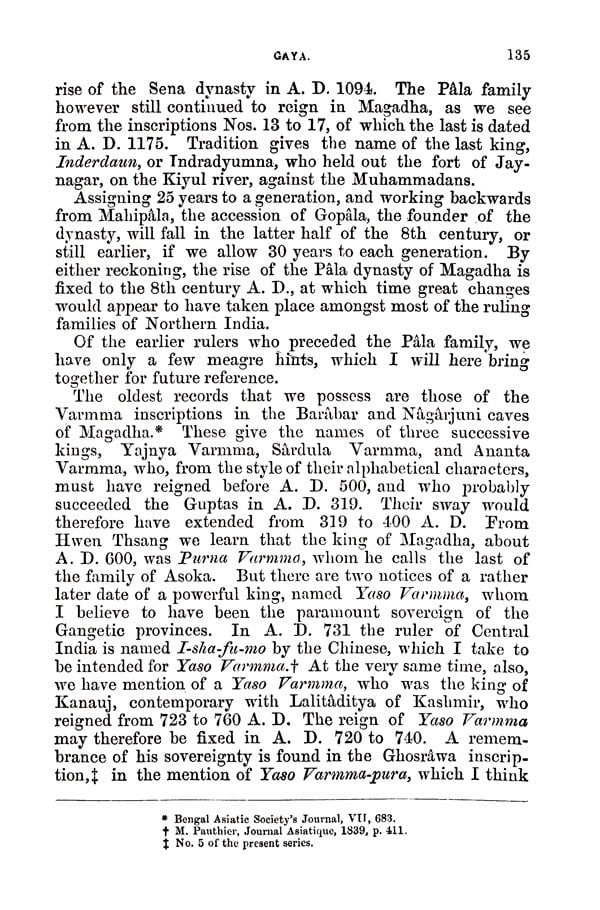 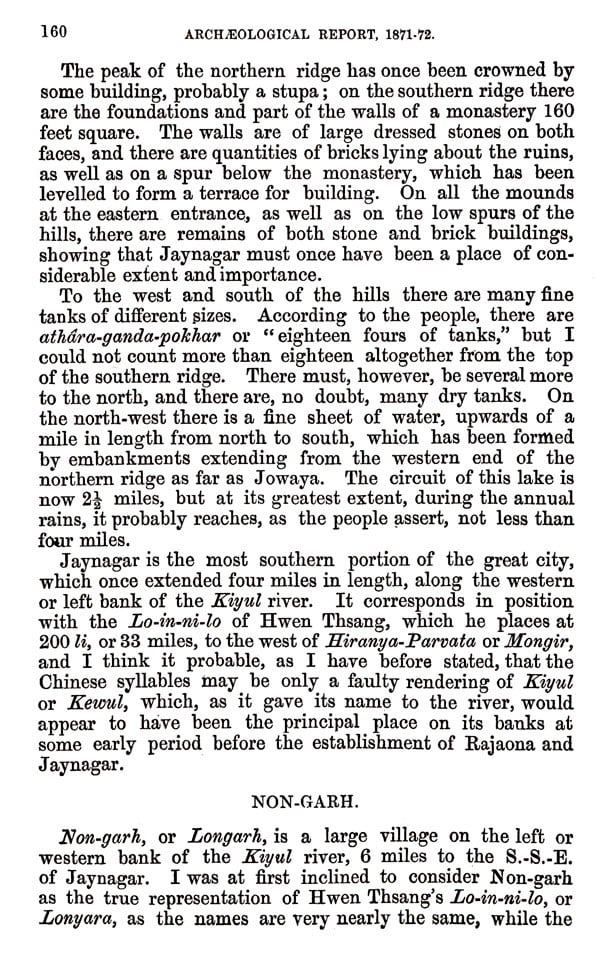 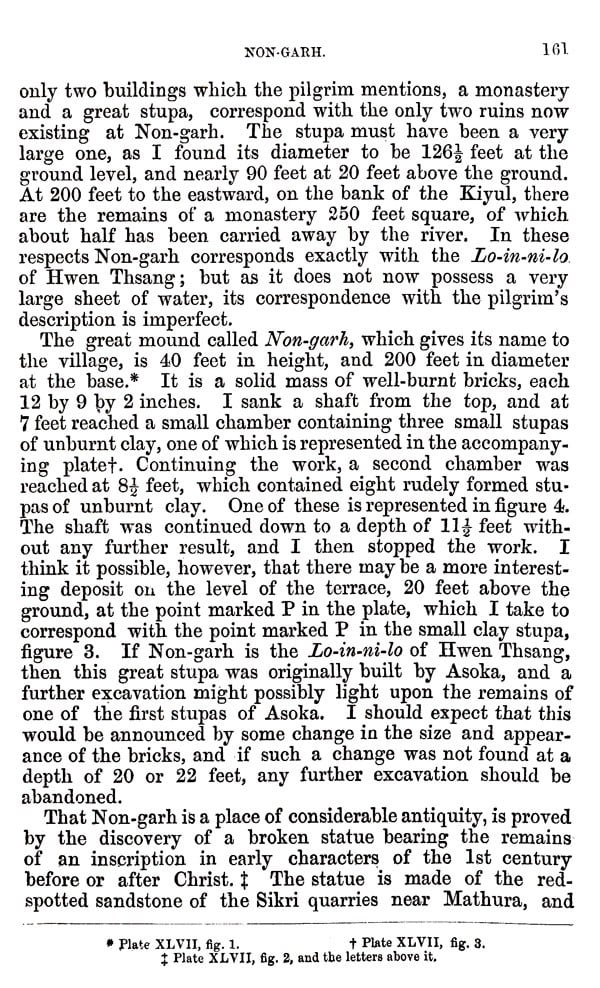 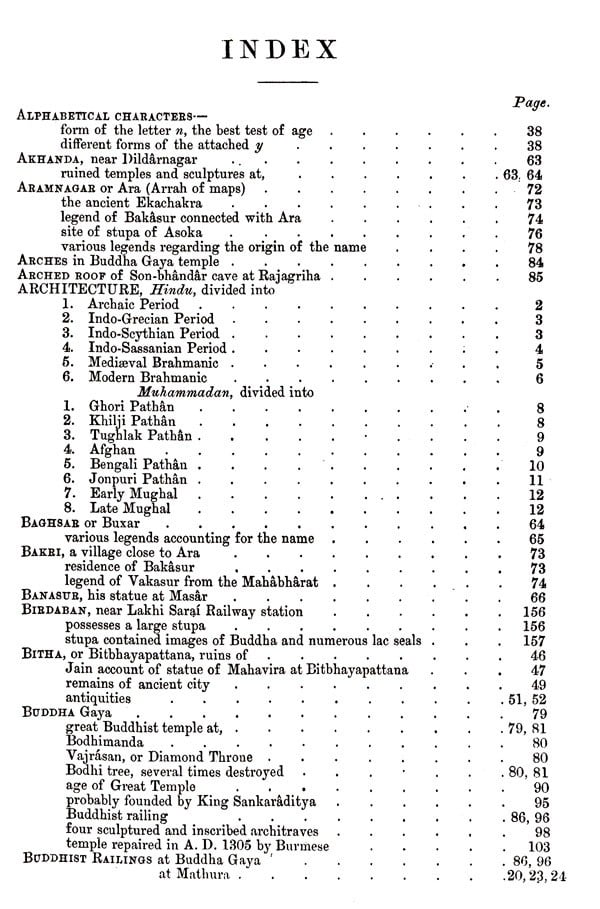 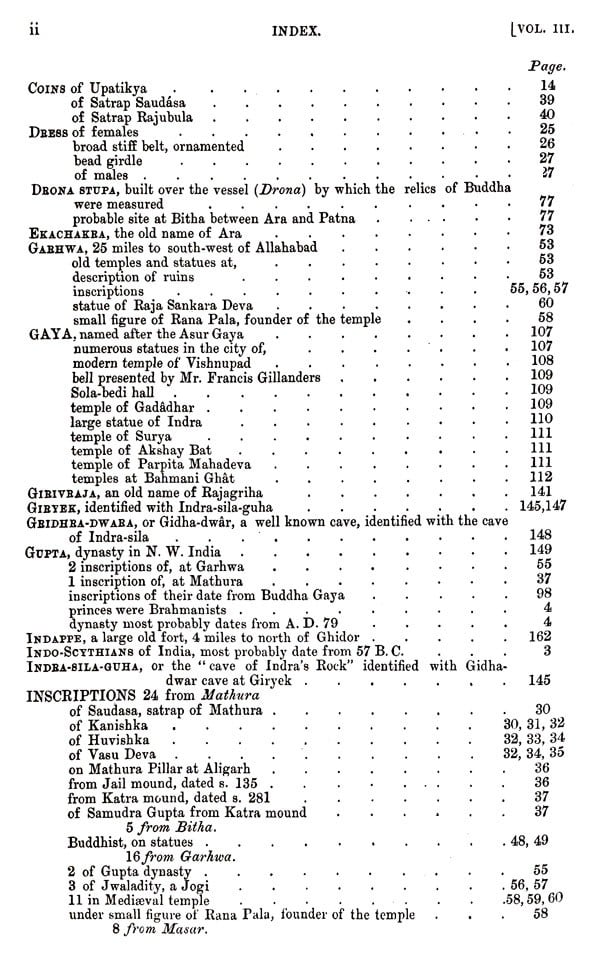 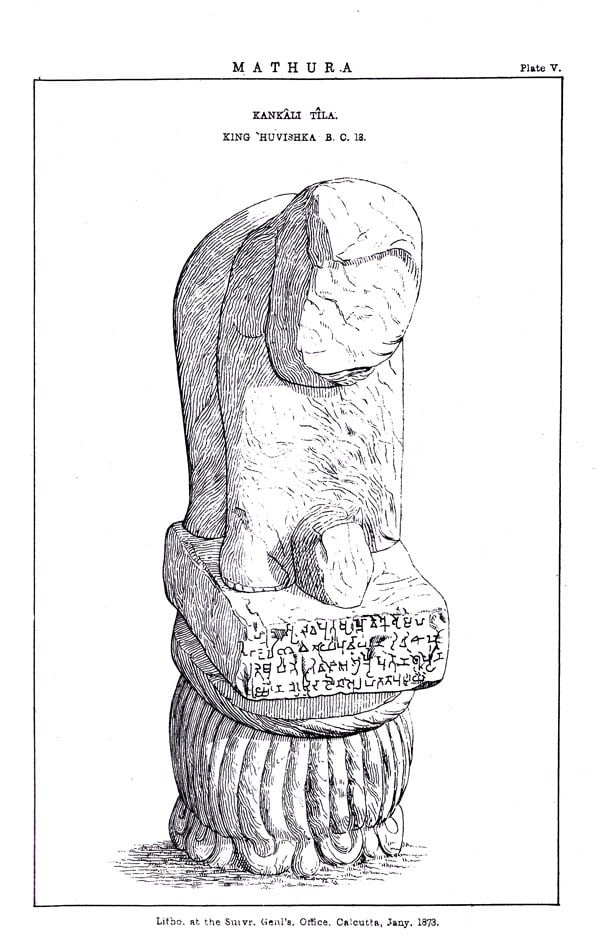 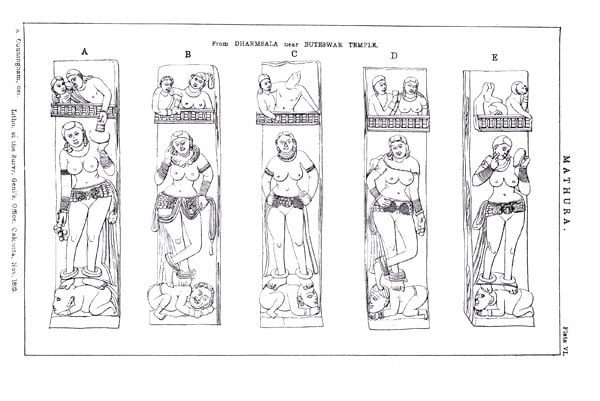