Aniruddha A Tale from the Bhagwat

$10.80
$13.50
(20% off)
Quantity
Ships in 1-3 days
Notify me when this item is available
Aniruddha was the son of Pradyumna and grandson of Krishna. Usha, the daughter of an Asura named Bana, saw him in a dream and became anxious to know if there was such a person. Her favourite companion, Chitralekha, drew the portraits of many gods and men. At last when she drew the portrait of Aniruddha, Usha recognised him. Chitralekha set out to bring Aniruddha to Usha. Then followed a series of adventures and a great battle between the Yadavas and the Asuras.

The Puranas and the Brahmanas (Ancient Indian scriptures) record many conflicts between the Asuras and the Devas on the one hand and the Asuras and Aryan clans like the Yadavas and Pauravas, on the other.

According to the Taittiriya Brahmana, Prajapati (Brahma) created the Asuras with his breath (asu). The word, 'Asura', has long been used as a general name for the enemies of the gods. A different derivation has been found for the word, 'Asura'. The source is no longer 'asu' (breath) but the initial 'a' is taken as a negative prefix and a-sura signifies 'not a sura (god)'.

It is interesting to note that 'asuras' were not always annihilated but were often absorbed by marriages and alliances.

The story as narrated in this book is based on the Bhagawat Purana. 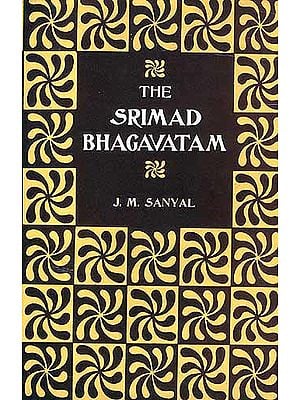