This volume present for the first time, the extraordinary career of photographic pioneer, James Waterhouse (1842-1922). From his early years in Central India in the 1860s, to his technical achievements in Britain in the 1900s, this comprehensive account traces the life of a path-breaking figure devoted to the art of photography, acknowledged by his peers as “the father of photo-mechanical work”, yet who has remained neglected within the world of photography.

Waterhouse’s first major photographic work was undertaken from 1861-62, shortly after his arrival in India as a very young Second Lieutenant in the Royal Artillery. During this period, he was deputed on special assignment to photograph rulers, tribes, communities and archaeological subjects in the Central Provinces (he concluded that the “numerous difficulties of a work of the kind can only be appreciated by those who a have tried it”). The results of this survey are perhaps the first photographs of the Buddhist site of Sanchi, and a series of remarkable portraits from the court of the Begum of Bhopal as well as of significant noblemen and group from the surrounding area. The portraits are accompanied by Waterhouse’s extensive notes, reproduced here with his images for the first time.

The Alkazi Collection of Photography

The Alkazi Foundation for the Arts is a registered charitable trust based in New Delhi. It is primarily dedicated to the exploration and study of the cultural history of India.

Over the last 30 years, Ebrahim Alkazi, the Foundation's Chairman, has amassed a private collection of photographs, presently known as The Alkazi Collection of Photography (www.acparchives.corn), an archive of nineteenthand early twentieth century photographic prints from South and SouthEast Asia, amounting to over 90,000 images. The core of the Collection comprises works in the form of photographic albums, single prints. paper negatives and glass plate negatives from India. Myanmar, Sri Lanka. Nepal. Afghanistan and Tibet. Almost every region that has a past touched by the British Raj. is represented.

These vintage prints document socio-political life in the subcontinent through the linked fields of history. architecture. anthropology. topography and archaeology beginning from the 1840s up to Independence in 1947.

The photographic archive is being digitally catalogued and documented and is accessed by researchers. curators. historians and scholars. The material is also being made available to a larger academic community and the general public through a series of publications that will be accompanied by exhibitions and seminars. Each volume. under the editorship of a specialist in the field examines a particular region or topic represented in the archive. encouraging cross-disciplinary approaches and interpretations.

In 1862, James Waterhouse undertook a mission never attempted before or after: to spend nearly an entire year using the then new medium of photography to record and document the peoples of central India. He did so at the behest of India's colonial government ostensibly for display at the International Exhibition, or Great London Exposition, of 1862-though, as they did not arrive in time, his photographs actually found wider circulation in later publications such as Watson and Kaye's The People of India (1868-75). That Waterhouse's assignment emerged our of an Enlightenment impulse to categorise and order knowledge is reflected in his description of his many human subjects as "specimens" of the major "tribes" of the area. Captured in his images were "representative types" of different social, ethnic, religious, caste and tribal groupings: not just princely rulers and their nobility (though his collection is probably strongest in this area), bur also merchants, musicians, holy men, slaves, agriculturalists and nomads. Most were men, but some, thanks to the enthusiastic participation of the Nawab Begum of Bhopal, were women and children. Among them were those that the photographer identified, in line with the evolving colonial typology of the time, as Brahmins, Mussalmans [Muslims], Mahrattras [Marathas], Rajpurs, Parhans and Bheels [Bhils]-not to mention a few that were an "admixture."

Revealed in Waterhouse's labels and the accompanying ethnographic descriptions are the preconceptions and imperatives of the colonial state. His venture was part of a much bigger scientific project intended amass data on "physical types" into a comprehensive archive that could be used to the administrative, strategic, commercial and scholarly ends of the British in India. Once published, his high-quality images of an exotic and faraway empire would also fuel the imperial imaginations of the Victorian era's emergent bourgeoisie safely at home in Britain. The selectivity inherent to this process is reflected in his choice of subjects-among them a man of uncertain employment at the Sitamau court, seemingly picked primarily for the picturesque quality of his immense turban [fig. 95]-and a certain imbalance within the collection. The Nawab Begum of Bhopal may have been a key ally of the British in Central India, but, in ethnographic terms, that did not really justify the large number of photographs of her and her courtiers. Her willingness to "dress up" for the camera by posing in an array of "costumes" complemented by elaborate and often unusual headgear also points to an important performative element in these early photographs on the part of photographer and photographed alike, that undermines their purely documentary function. Yet to depict Waterhouse as someone who simply fulfilled the strategic interests of the colonial state by reducing India's population to collective groupings or generalised typologies would be to do him an injustice. In the careful and detailed notes that he kept to accompany his images, each sitter emerges as an individual to whom he gave the honour, in most cases, of recording their name, age, employment, height and often some component of personality-an amiability, a heartiness or perhaps a weakness for opium-alongside valuable observations about the colour and style of their dress. These notes reflect a genuine intellectual curiosity that must have sustained Waterhouse through the many obstacles that threatened to undermine his endeavour, not least the climate, insects, the appalling conditions of travel, and the fear, conceit and capriciousness of his prospective subjects. The same inquisitiveness could also have inspired him to rake, at his own initiative, the impressive (and earliest surviving) run of photographs of the architectural ruins at Sanchi, as well as those at Mandu, Eran and the Dhamnar Caves.

The Waterhouse Albums, then, are an invaluable visual resource for the political and cultural history of a region so often neglected in the historical record. It also offers unique insight into the processes of imperial consolidation and archive construction in the early years of British crown rule in India, while also suggesting the way in which these developments were facilitated, abetted or subverted by colonial peoples. 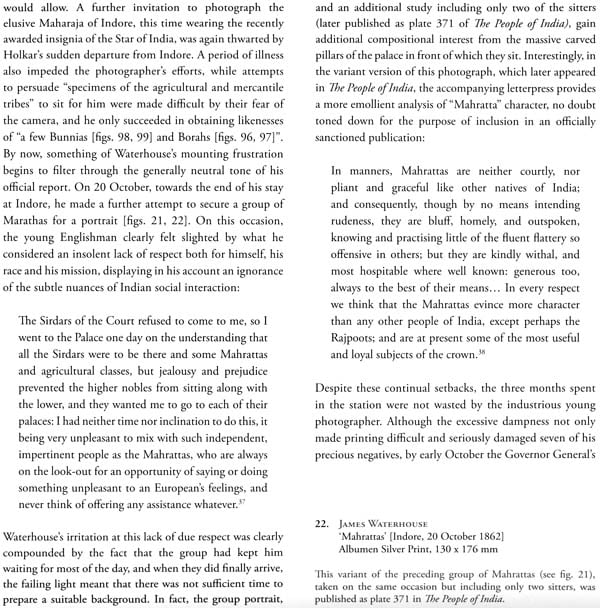 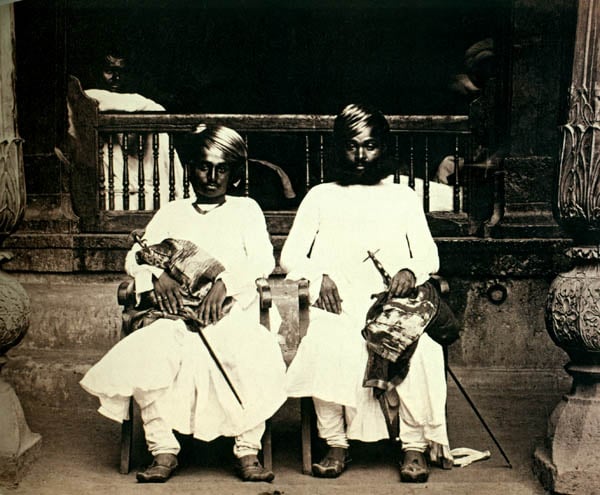 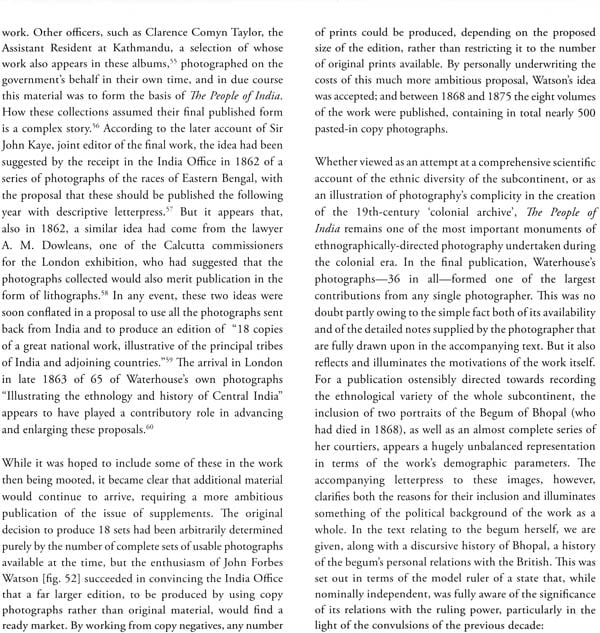 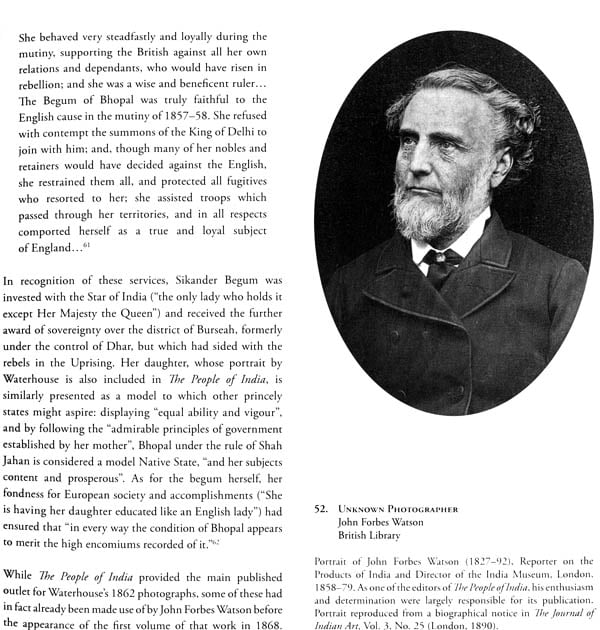 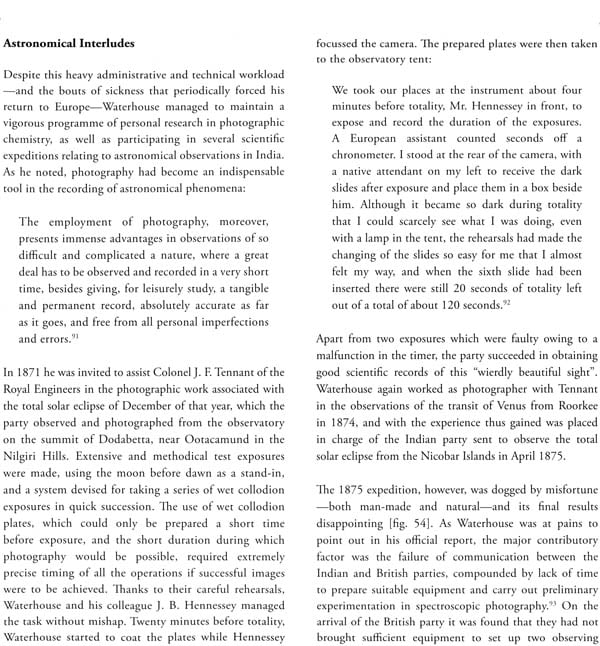 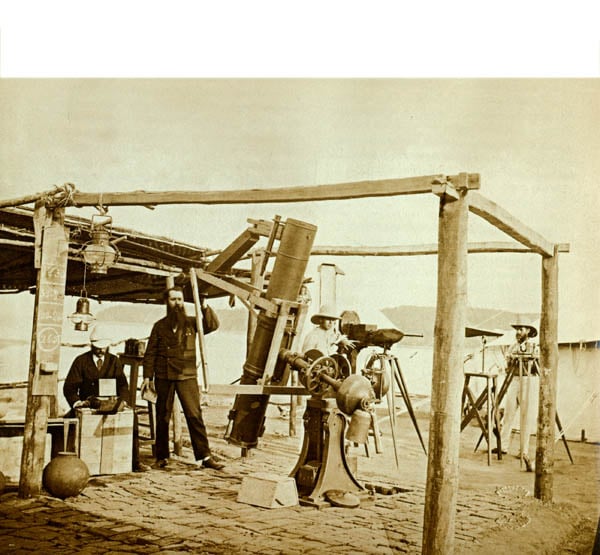 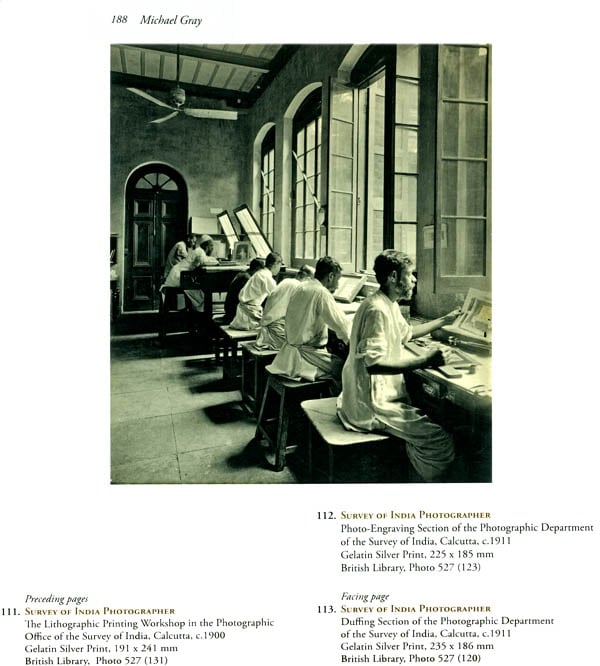 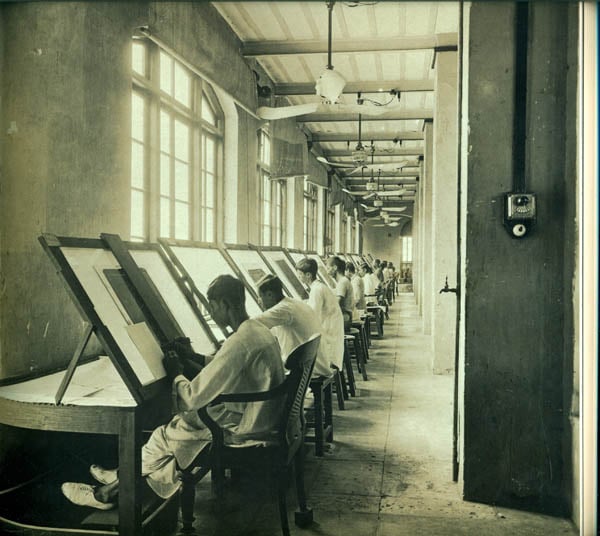 The Marshall Albums: The Alkazi Collection of Photography (Photography and Archaeology)
By Sudeshna Guha
$82
FREE Delivery Indian Sculpture: Towards the Rebirth of Aesthetics
By Carmel Berkson
$34.40
FREE Delivery
$43  (20% off)