The Absolute in Indian Philosophy 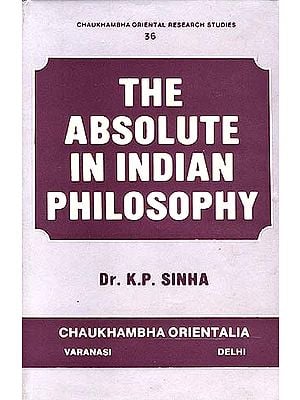 $17.50
Ships in 1-3 days
Notify me when this item is available
Save to Wishlist Send as E-card Share by Email

In the present work, the author has made an endeavour to give a comprehensive idea of the concept of the Absolute-the personal Isvara and the impersonal Brahman-as found in twenty schools of Indian thought. In dealing with the subject, the author has always kept his eyes on matters found in the original texts, and has given exhaustive quotations from those texts to support any points coming in course of the discussions. This work is therefore expected to help the readers and researchers formulate the idea of the Absolute in the proper perspective.

Dr. K.P. Sinha passed M.A. in Sanskrit from Jadavpur University in 1963 and obtained the ph. D. degree from the same university in 1968. he was admitted to the D. Litt. Degree of the University of Burdwan in 1982. Dr. Sinha is a devoted researcher in different fields of Indian Philosophy. Besides, he is the first exponent of Bishnupriya Manipuri Linguistics.

The present work is a condensed form of . my thesis 'The Concept of the bsolute in Indian Philosophy' approved .for the degree of D. Litt. by the. University of Burdwan in 1982. The original thesis contained detailed discussions on the concepts of the Absolute, the individual self and the material world and also on the relation the Absolute bears to the individual self and the world, as found in twenty schools of Indian thought.

In the following pages, however, my. attention has been to give a comprehensive idea of the concept of the Absolute alone, as found in the said twenty schools. Accordingly, I have made short the discussions on the concepts of the individual self and the material world and have retained that much of the discussions as is conducive to formulating the idea of the Absolute.

In presenting any point coming In course of the discussions in this work, I have always kept my eyes on matters found in the original texts, and, with a view to giving the readers scope to verify my presentations with the original texts, I have given exhaustive quota- tions from those texts. I hope, this work will help the readers and researchers have a comprehensive idea of the Absolute found in Indian thought in the proper perspective.

I am greatly thankful to Sri B. B. Das of Chaukhambha Orientalia, who has taken keen interest in publishing this work. 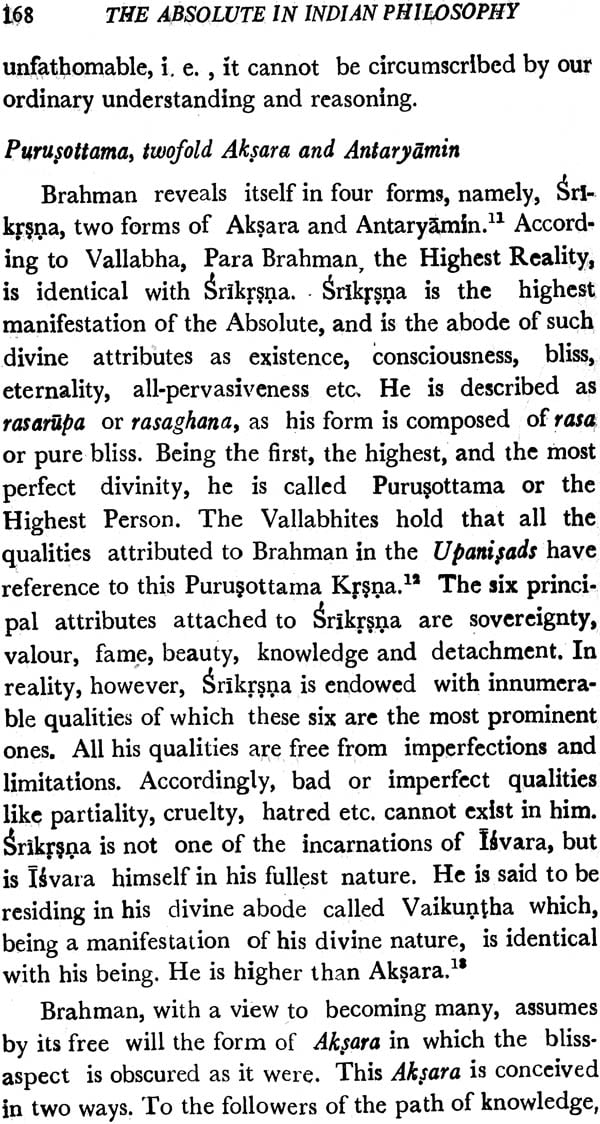 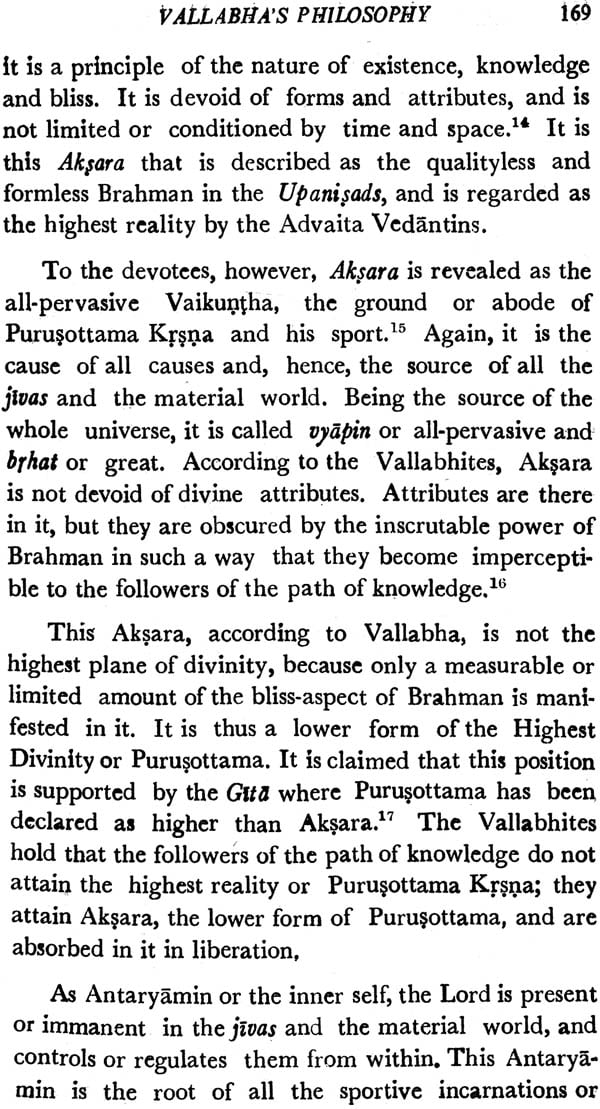 THE PHILOSOPHY OF LIFE: Facets of Recent Indian Philosophy
By S.P Dubey
$36.00