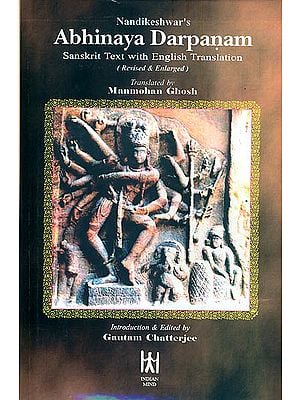 Nandikeshwar's Ahhinayadarpan after Natyashastra, is the first major treatise on dance in Sanskrit. Encapsulated in beautiful verses by monk Nandikeshwar in 4th century B.C. after monk Bharat (text found in 13th century A. D. confirms its date with his other two slim texts Nandikeshwar Kashika and Rudradamaru-udbhavsutra vivaran), the text was first translated into English and then in Hindi and other languages from Sanskrit in 20th century. This text, especially focused on ancient Indian dance form, is inspired by Natyashastra and Sangit Samayasar, and influenced several texts in later period such as Nrityaratnavali, Nartananirnaya and Sangitsarasangrah.

Dr. Gautam Chatterjee is banaras based philosopher and art scholar from Sanskrit background. His oft-discussed contribution is in Natyashastra and Shaiva lexicons. He is the director of Abhinavagupta Academy, a centre for consciousness studies.

It did not take me too many readings on dhvani to get fascinated by Abhinavagupta. This was when I was in college training to be an artist. After college, maybe a couple of years into my art practice, I felt the need to create translations for the verses and the commentaries of the Tantraloka. What started out as an exercise in understanding the beauty of Sanskrit, soon became an earnest effort in translation. Thereafter I compiled a few more papers on Kashmir Shaivism before getting in touch with Indica Books. The chapter on Kali - krama, is a product of my efforts to bring the contents of the Hindi book Srikramanayapradipika by Rajanaka Lakshman Joo Raina, to the reader of English.

Where movement mirrors the dynamism of stillness

A gesture in dance is complete when it mirrors the coupling state of movement and stillness, gati and sthanaka, constitutes a technical mood at body theme, Karana, ancient vocabulary in Sanskrit, detailed in Natyasastra by seer Bharata.

'One part of life is dynamic, the other part is silent. these are the two sides of our life. One part of our life is active, and another part is a silent witness. Brahman is both together. That is why Brahman is called the totality. No one reaches the highest tip of the tree without knowing Brahman. If one known only the silent bird sitting on the tree, one enters into darkness. If one knows only the active bird, one enters into a still greater darkness. But when one knows both together, then one overcomes death and obtains immortality.' (seer Svetasvatara his disciples, in Svetasvatara upanisad)

This is the vision of the ancient Indian seers to attain supreme ecstasy in life. This reflects in Indian art with various narratives. When we begin with Natyasastra (5th century B.C.), we learn the entire of visual and performing arts fundamentally for the first time, introduced before Aristotle's poetics (4th century B.C.). The dramatics by Aristotle 'Poetics' is. focused only on scenic actions. Whereas this (scenic action, vrtti in Sanskrit) is one of the eleven pivotal characteristics in Natyasastra. The actor of Natyasastra is one who acts, means ings, plays instrument and dances simultaneously. So N S, when the actor is apart from the narrator (nat in Sanskrit), he is dancer or actor, dancer is actor in ancient Indian context.

Thus naturally, there are detailed descriptions about the significant nuances of dance in N S. There were various forms of dance in ancient India, in Vedic period, in folk traditions and classically. Nrtta, nrtya, ruitya, nrtta hasta, mudrd has ta, karana, angahara, pindibandha, earl, drsti, grivd, abhugna, nirbhugna, udvdhita, sama hasta mudra were some technical dance vocabularies for gestures described at length in N S by Bharata. Since this exegesis is a magnum opus, a vast compendium of all possible arts, it was not practical to learn all shades of art at one glance. Therefore in later period, musicologists and drama theorists created separate texts for the different aspects of performing arts. For example, Saradatanaya, Sagarnandin and others created books on drama separately on the basis of N S. Similarly in medieval period, we find several texts on dance, especially, mainly, such as Nrttaratnavali by Jai Scnapati (13th century A.D.) and Nartananirnaya by Pundarik Vitthal (17th century A.D.). These are focused on dance. In medieval period there are other grand texts on music that also comprehend and explain the dance aspect of an actor in terms of music. They define music as a special art that comprises reciting, playing instrument and dancing. They are Abhinavagupta, Sarangadeva, Parsvadeva, Maharana Kumbha, Sudha Kalasa, Subhankara, Narada and others. Nandikesvara was one of them who created Abhinaya Darpana in the later half of 13th century A.D.

We find the name of Nandikesvara in two ways, in two streams of Indian consciousness, spiritual as well as artistic. Important books, Nandikesvara Kasika and Rudradamaru Udbhavasutra Vivarana, There have been six main streams of Saivism in ancient India including monistic and dualistic altogether. The Saivism according to Nandikesvara is named as Rasesavara Saivism. This is monistic philosophy. The philosophical side of Saivism is known as agama and the ritual side of it is tantra. So Rasesvara text is an agam text found in 4th century A.D. This was the time we find air possible agamas including 28 Saivagamas. Another Nandikesvara is of Abhinaya Darpana text written in last part of 13th century and found in early 19th century India. Since we find both kind of texts in different periods and we see art and philosophy separately in modern period, we consider there are two Nandikesvara, oblivion of this fact that those were seers and monks only who used to create all sciences and arts, philosophies and grammar in ancient and medieval India. They were scholars in terms of a seer who had visions. The same confusion we have with the scholar Narada and others, even with Bharata and Kalidasa. We see a seer spiritually as well historically gives way to confusion.

How the text Abhinaya Darpana is distinguished and different from N S and other music texts written before Nandikesvara is a topic of analytical research. In brief, we find differences in number of gestures here in A. D. whereas 24 in N S, 23 joint hand gestures in A.D. and 13 in N S. The difference is big. But if we see the journey from Natyasastra to Abhinaya Darpana in terms of the evolution of movement, Ne will find no difference at all. The number of hand gestures and rasas has increased in medieval period due to capricious style of dancing. Even we can find the one single source of all today’s dance styles. Whethr Bharatnatyam or Kathak, in the Natyasastra. 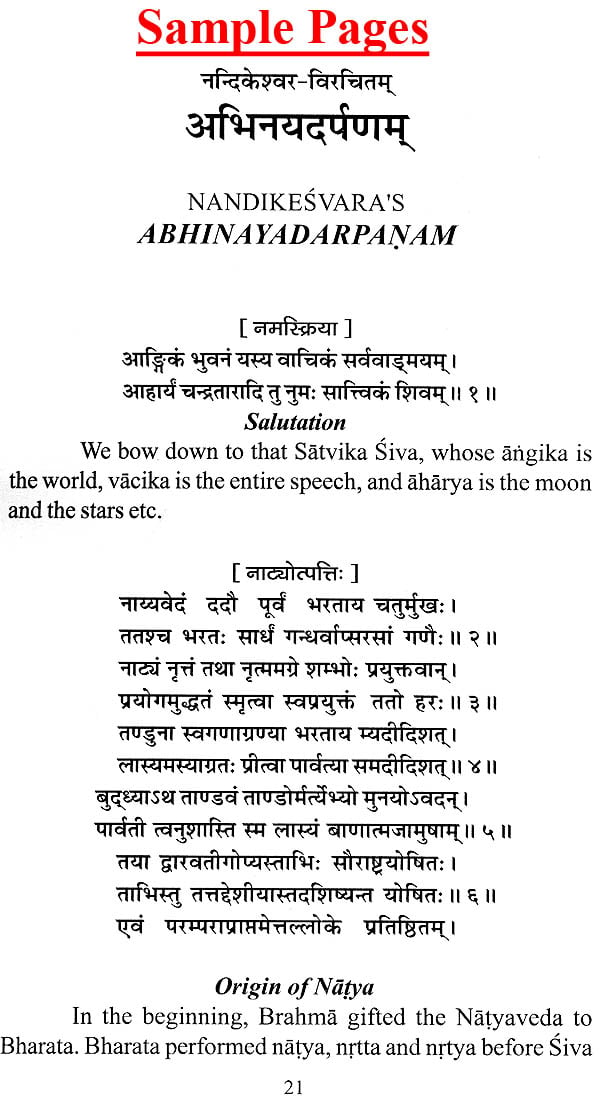 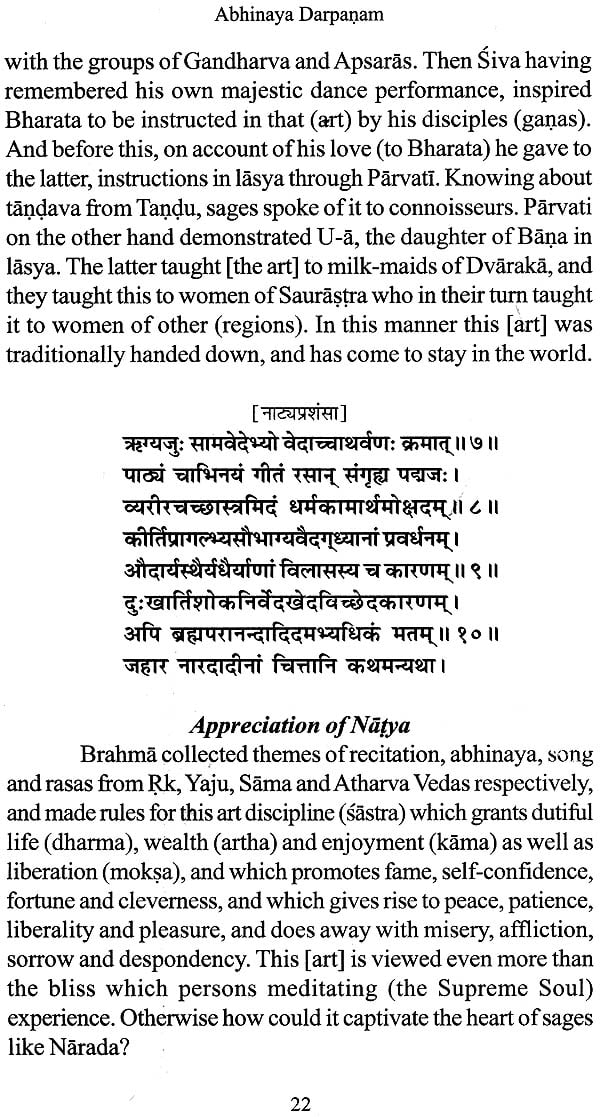 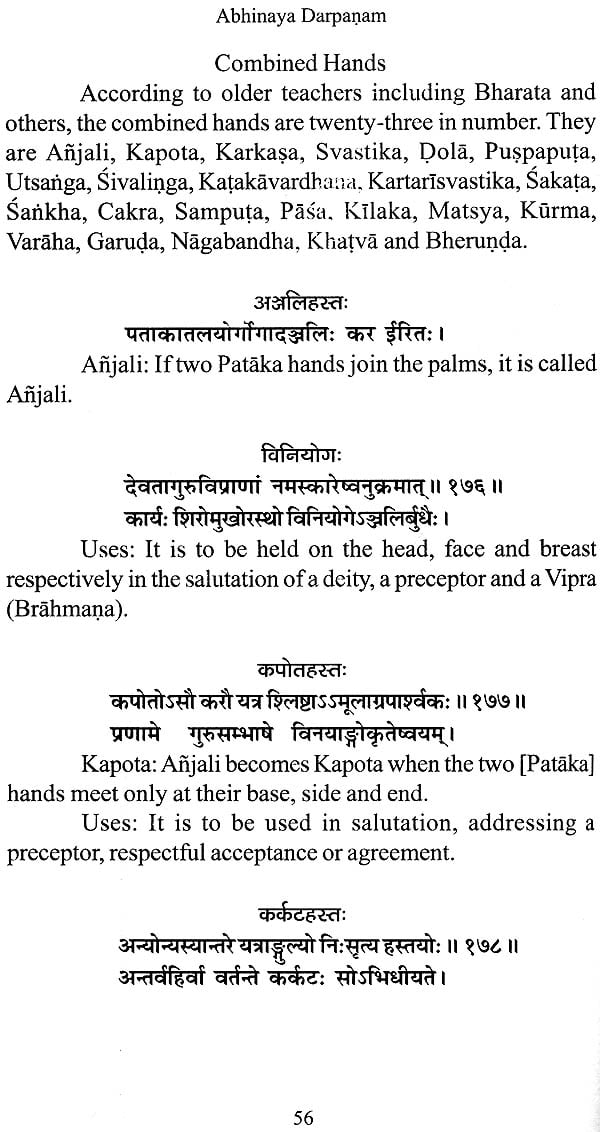 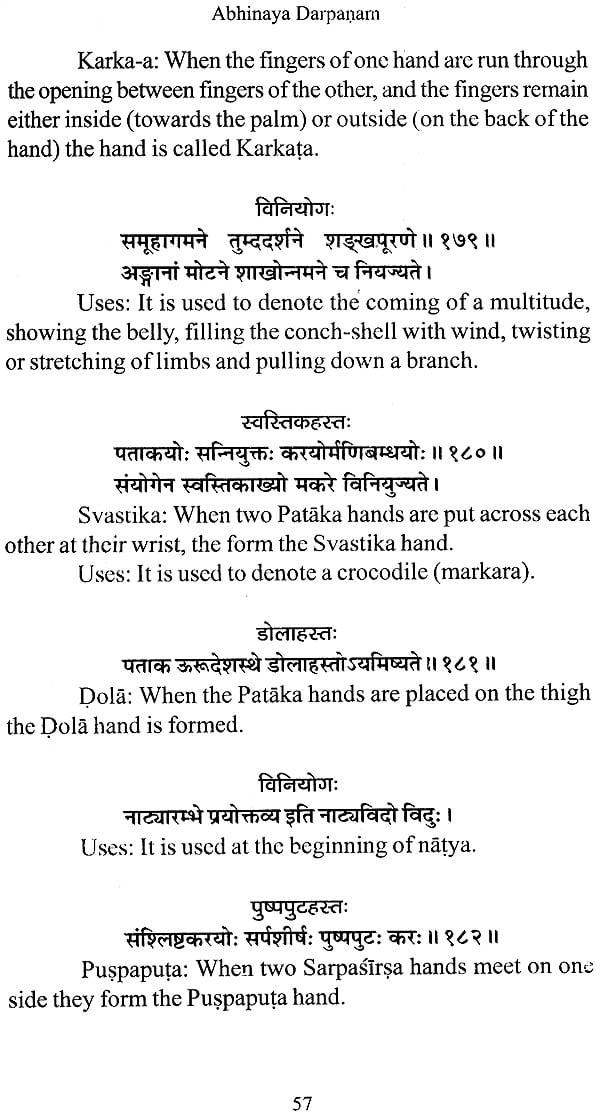 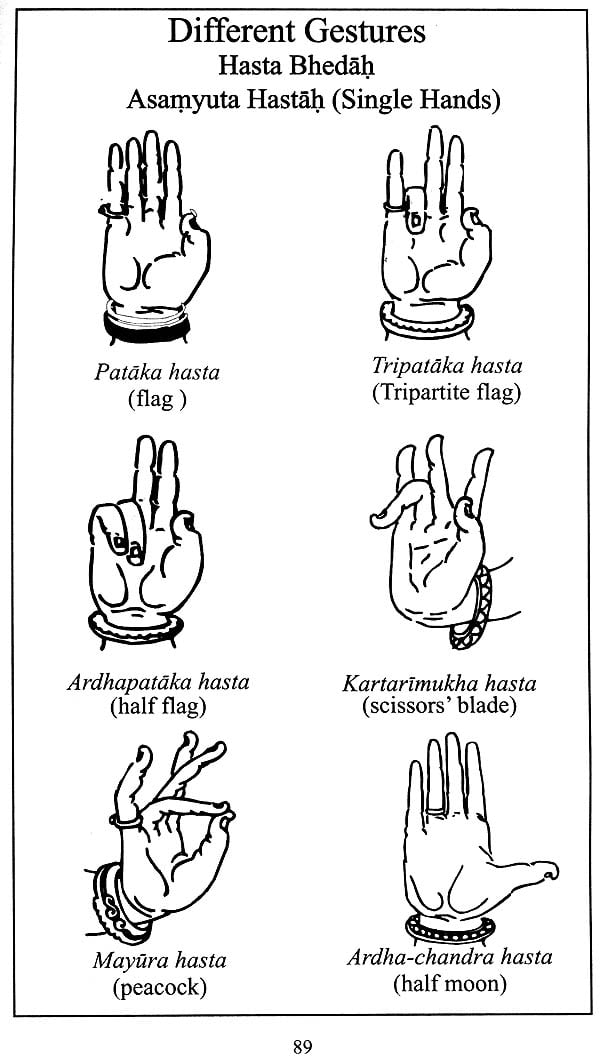 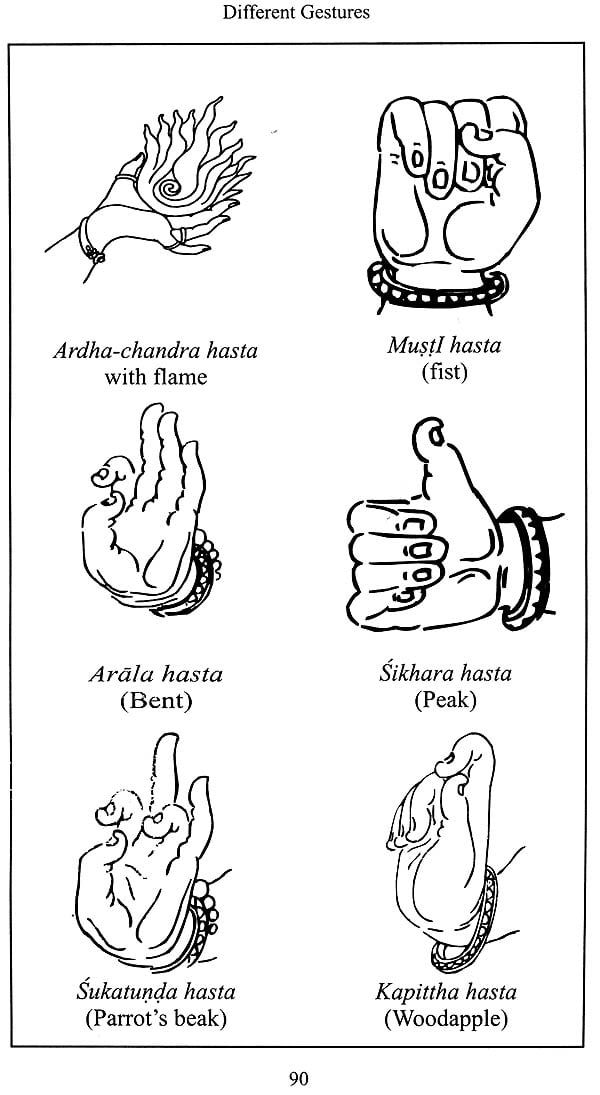 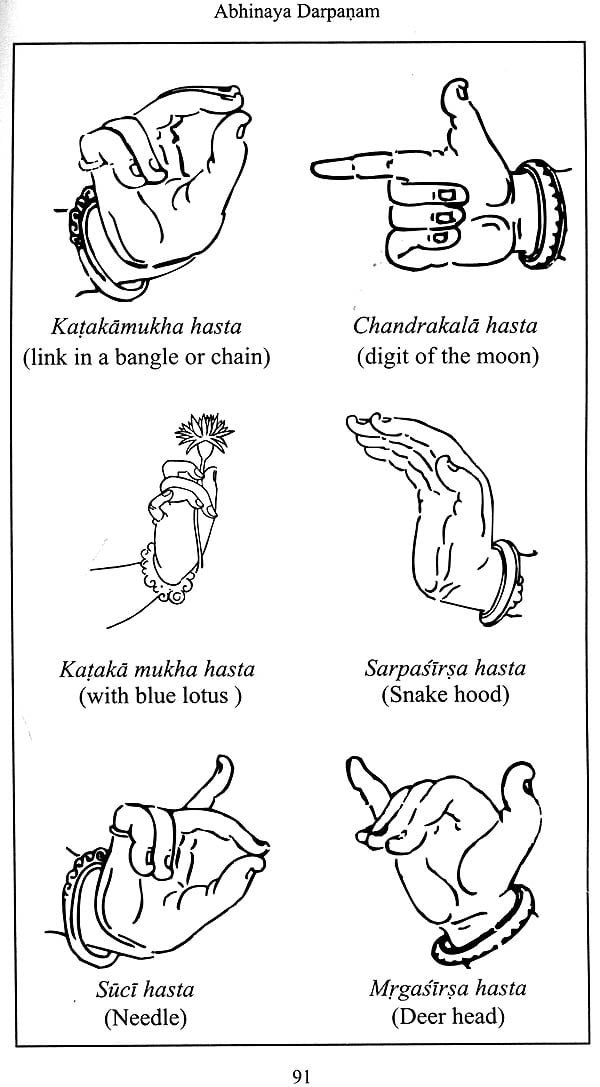 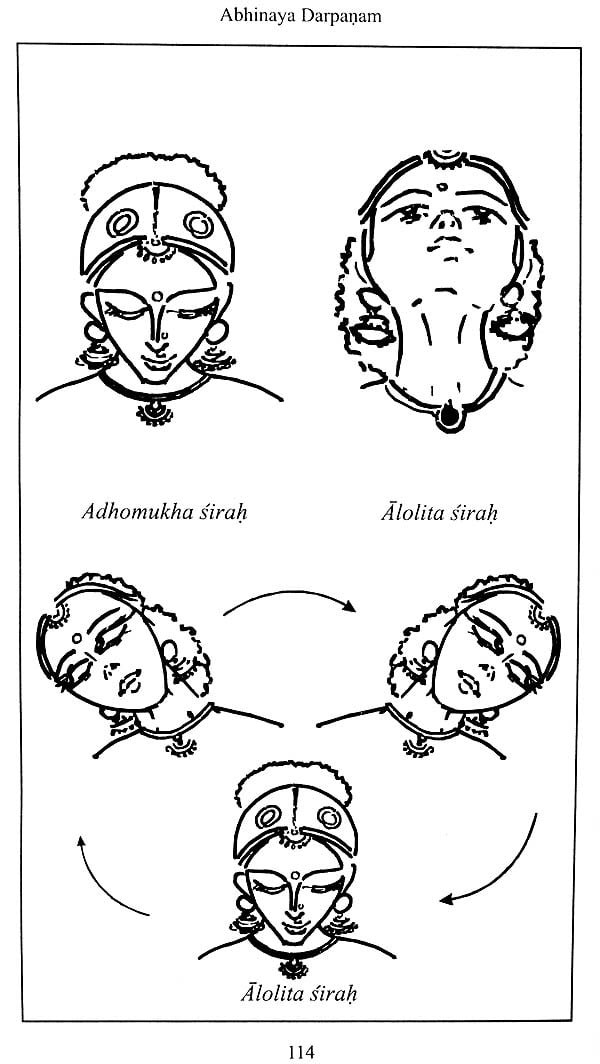 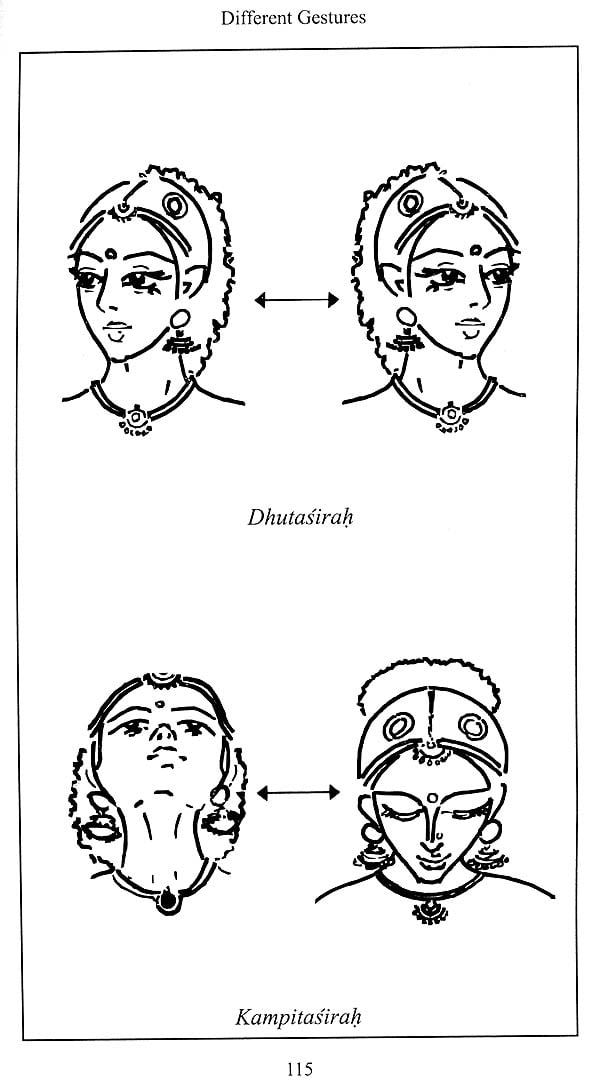 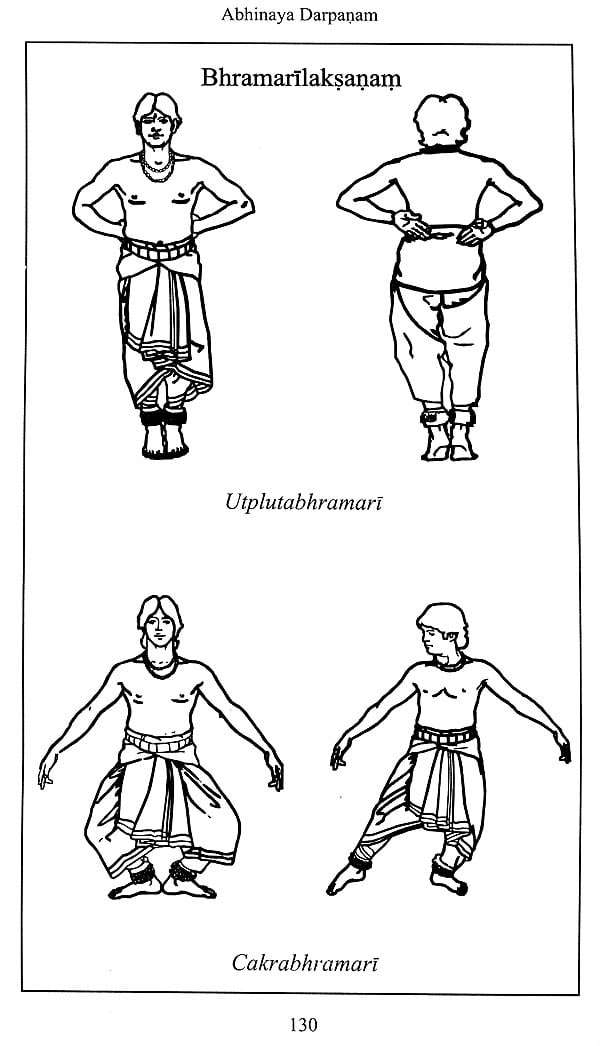 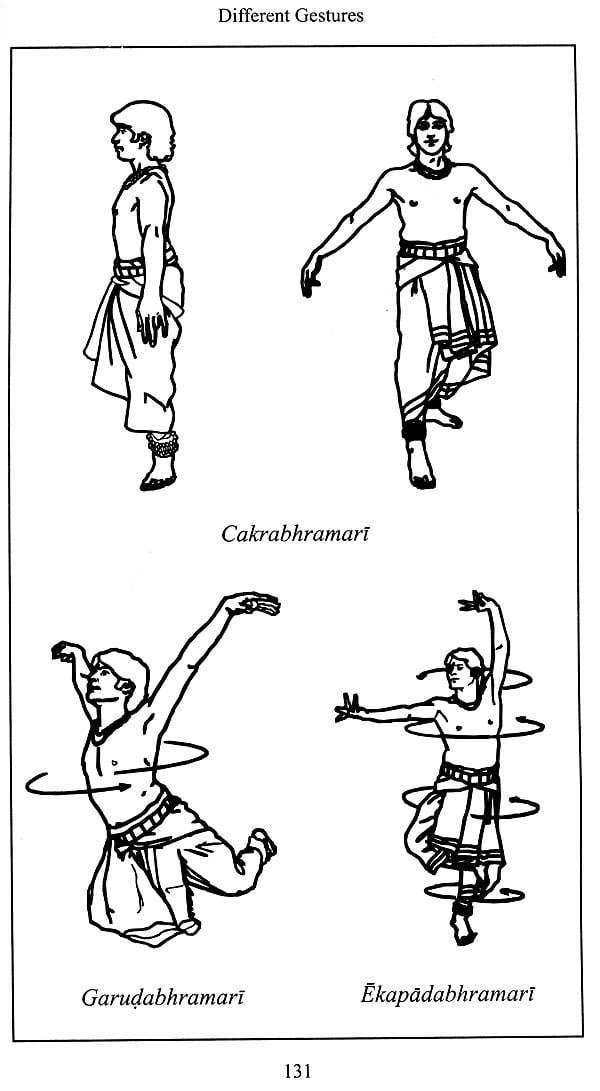 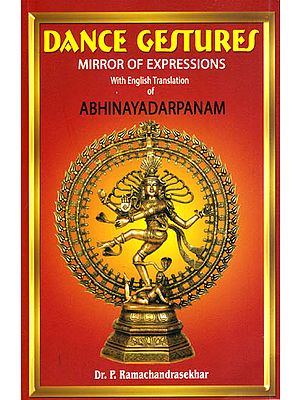 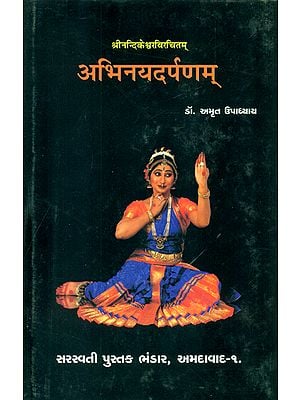 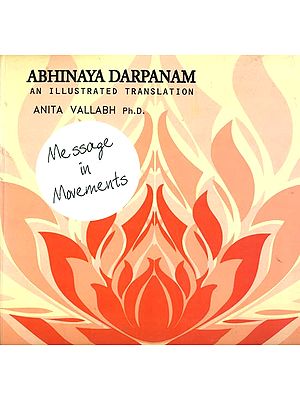 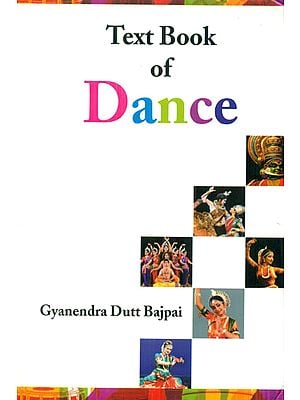 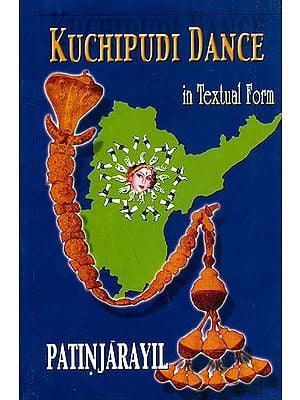 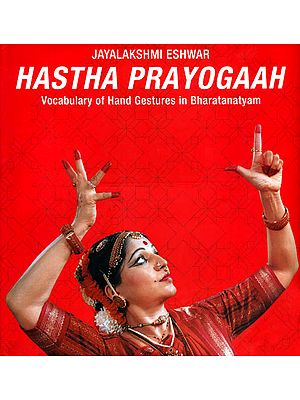 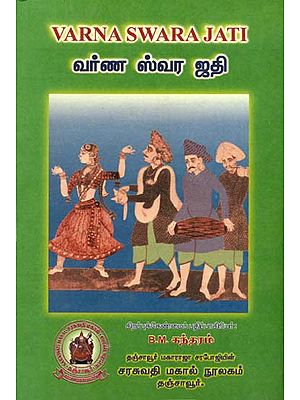