2 Philosophia Perennis "Talks on Pythagoras, the Philosopher and Mystic"

In this book Osho sheds light on the ancient and little-known teachings of Pythagoras, the Greek mathematician and mystic. This is the second collection of talks in the series that Osho titled Philosophia Perennis, meaning the perennial philosophy, the timeless laws of existence.

Far from being a dry, academic center of learning, the “mystery school” of Pythagoras was alive music, dance, celebration and meditation. Osho clarifies how the combination of these seemingly polar opposites creates a unique meeting of religion and science. While introducing the reader to the wisdom of Pythagoras, Osho also brings his insight to topics including psychoanalysis, education, politics, revolutions, sex, and religion.

Be prepared for a mind- blowing read.

Osho is a revolution that helps the birth of each individual: “I am trying in every possible why to drop all those been barriers for the past have been barriers for the revolution to continue and grow,. I don’t want anybody to stand between the individual and existence. No prayer, no priest you alone are enough to face the sunrise. You don’t need somebody to interpret for you what a beautiful sunrise it is.”

Osho defies categorization. His thousands of talks cover everything from the individual quest for meaning to the most urgent social and political issues facing society today. Osho’s books are not written but are transcribed from audio and recordings of his extemporaneous talks to international audiences. As he puts it, “So remember: whatever I am saying is not just you… I am talking also for the future generations".

Osho has been described by The Sunday Time in London as one of the “1000 Makers of the 20th Century” and by American author Tom Robbins as “the most dangerous man since Jesus Christ.” Sunday Mid Day (India) has selected Osho as one ten people-along with Gandhi, Nehru and Buddha-who have changed the destiny of India.

About his own work Osho has said that he is helping to create the conditions for the birth of a new kind of human being. He often characterizes this new human being as “Zorba the Buddha”- capable both of enjoying the earthy pleasures of a Zorba the Greek and the silent serenity of a Gautama the Buddha.

Running like a thread though all aspects of Osho's talks and meditations is vision that encompasses both the timeless wisdom of all ages past and the high potential of todays (and tomorrow’s) science and technology.

Osho is known for his revolutionary contribution to the science of inner the transformation with an approach to meditation that acknowledges the accelerated pace of contemporary life. His unique Osho Active Meditation are designed to first release the accumulated stresses of body and mind, so that it is then easier to take an experience of stillness and though-free relaxation into daily life.

Pythagoras was not understood, even by his own disciples; not even by those who wrote his Golden Verses. They wrote them mechanically because not a single disciple of Pythagoras rose to his heights, not a single one because enlightened.

And the Greeks have completely ignored him. They have ignored their best: Heraclitus, Socrates, Socrates, Pythagoras, Plotlines-they had wanted to ignore Socrates too, but he was he too much: they could not just ignore him so they to poison him. Pythagoras was completely ignored, and he has the same key as Gautam Buddha, Jesus, or any other enlightened one.

One thing more: neither Jesus nor Buddha nor Lao Tzu made as much effort to find key as Pythagoras. He worked the most; Pythagoras was the most authentic seeker - he risked all and everything. He traveled all around the world the was known in those days; studied under all kinds of masters; entered into all kinds of mystery schools and fulfilled their conditions. He is a category in himself. 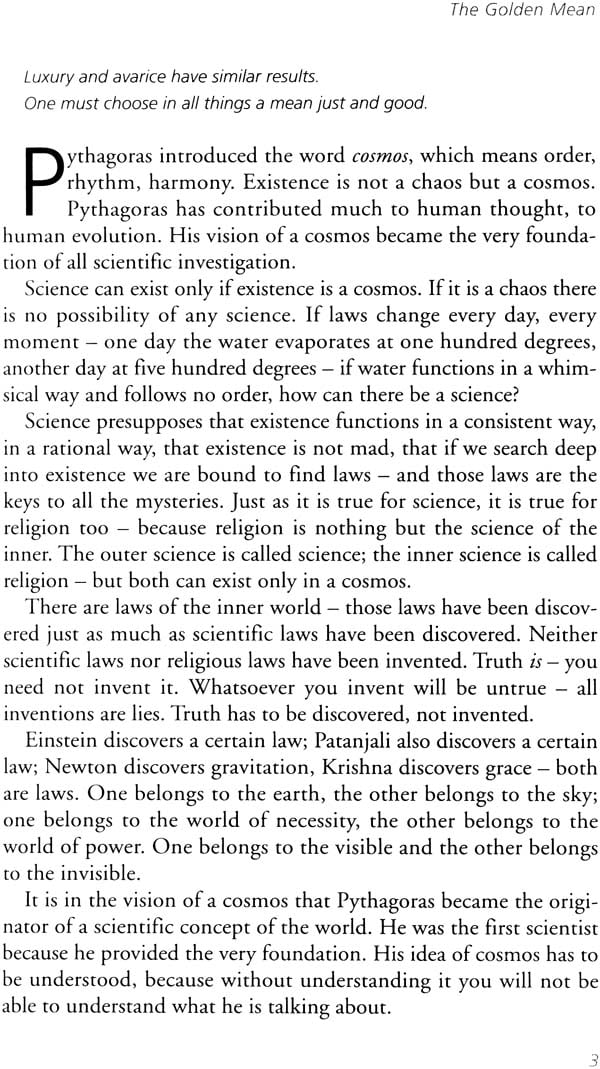 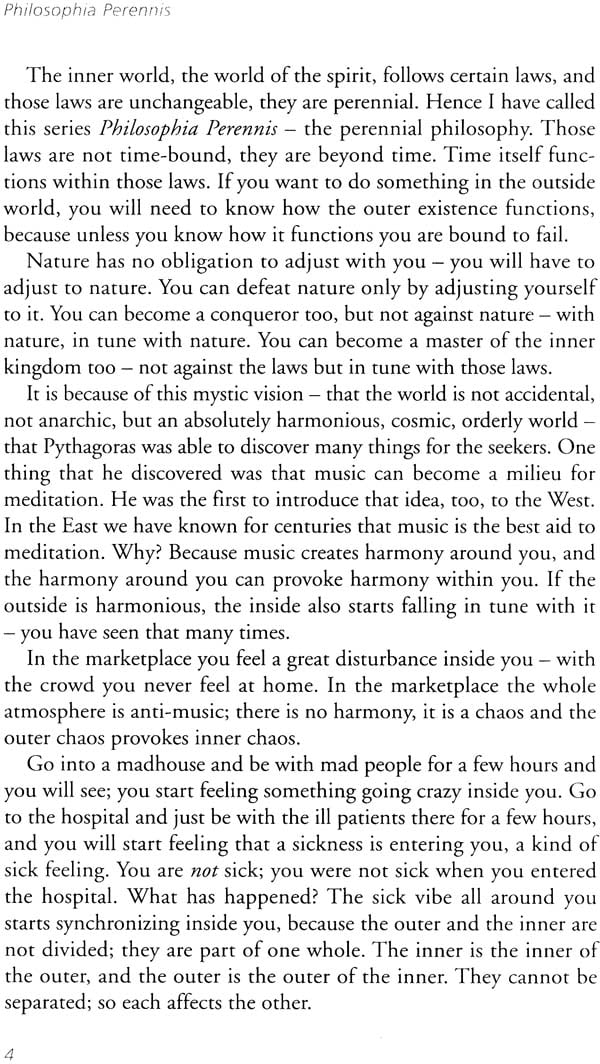 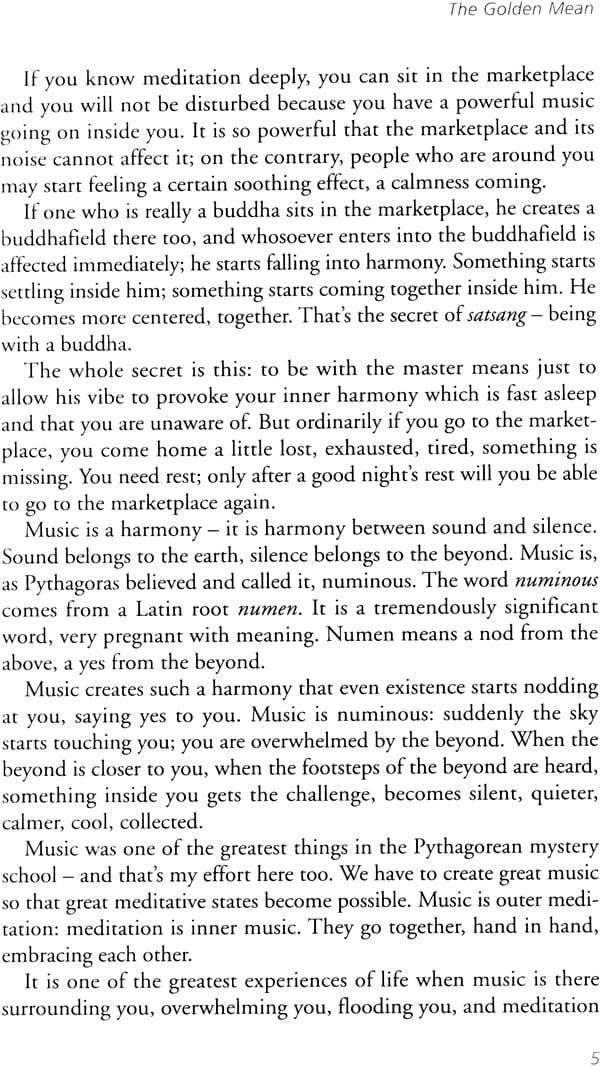 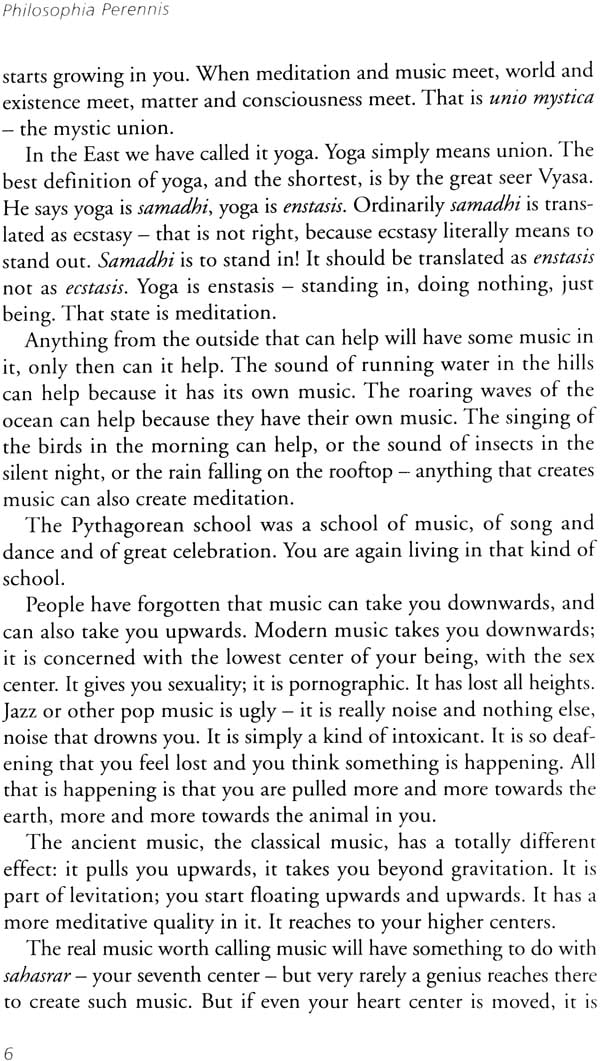 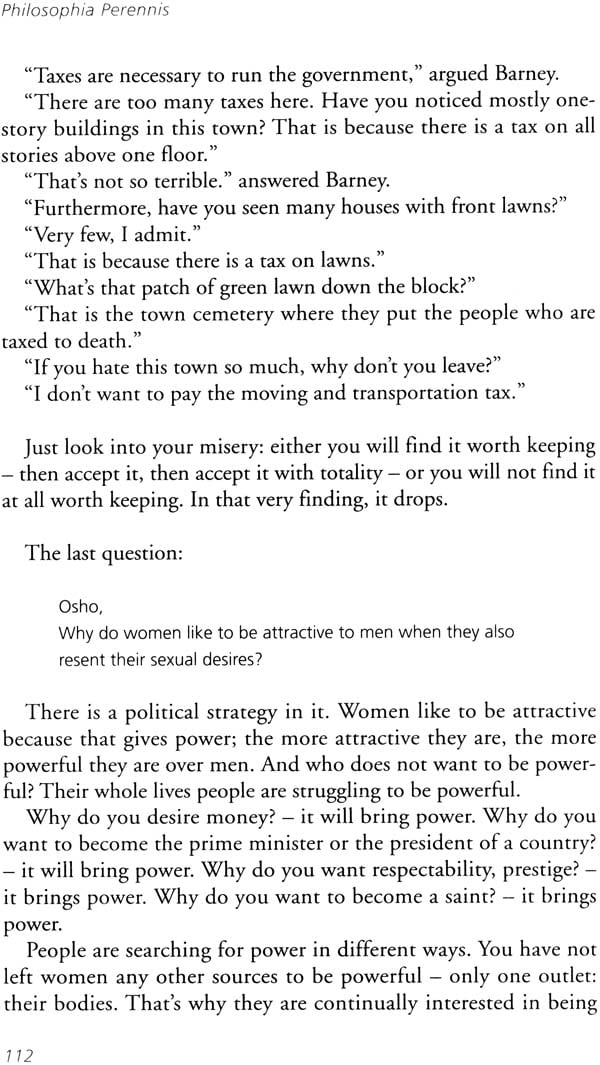 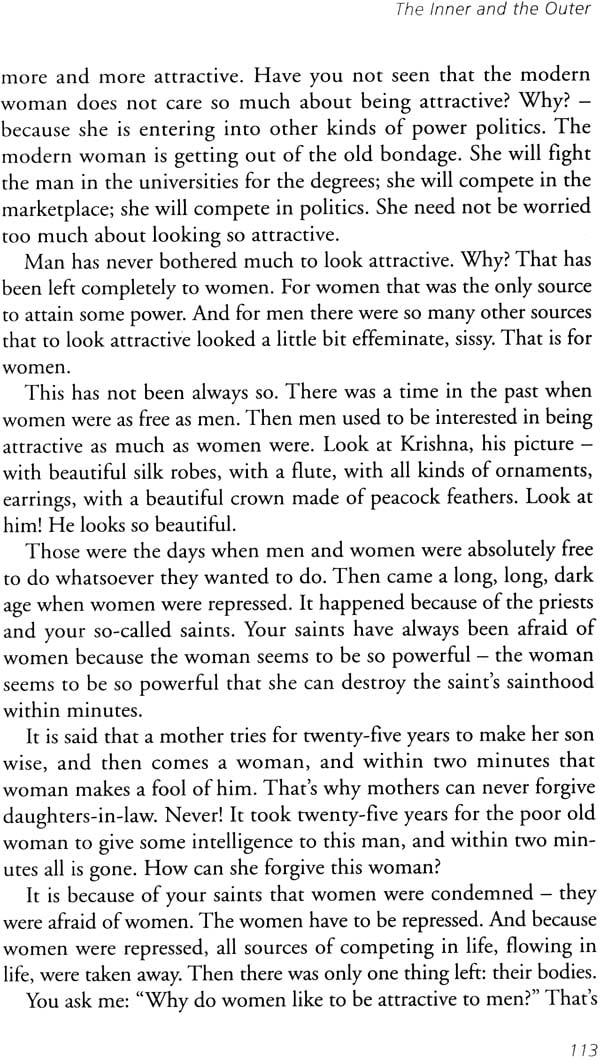 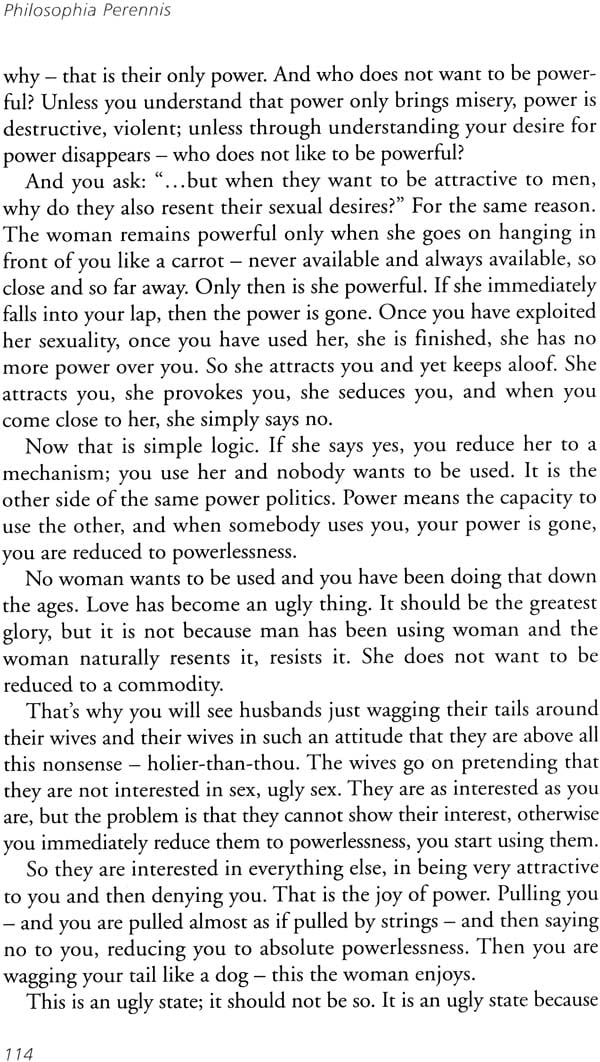 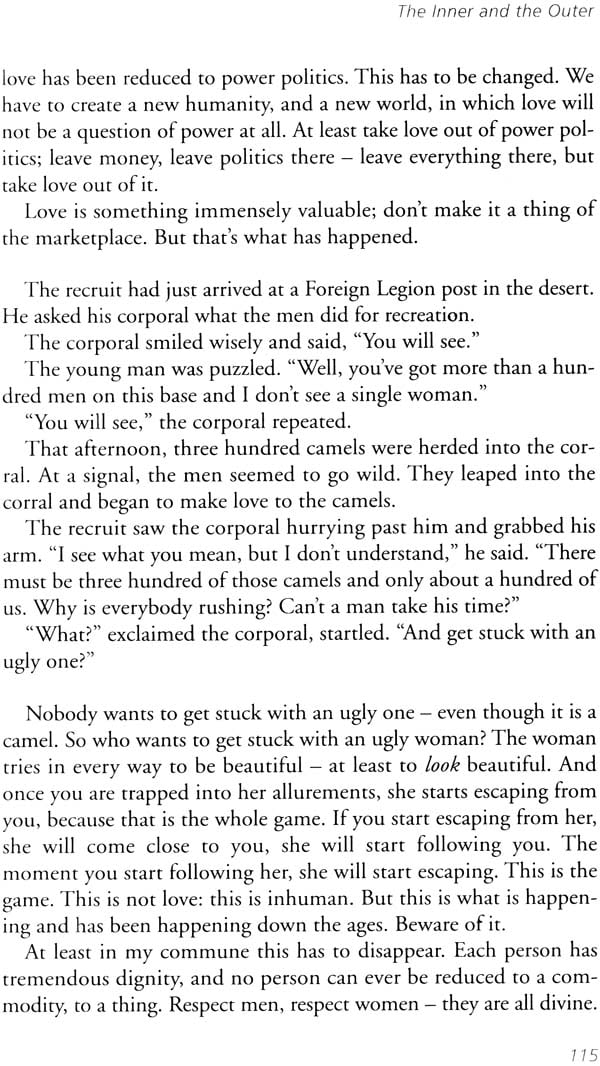 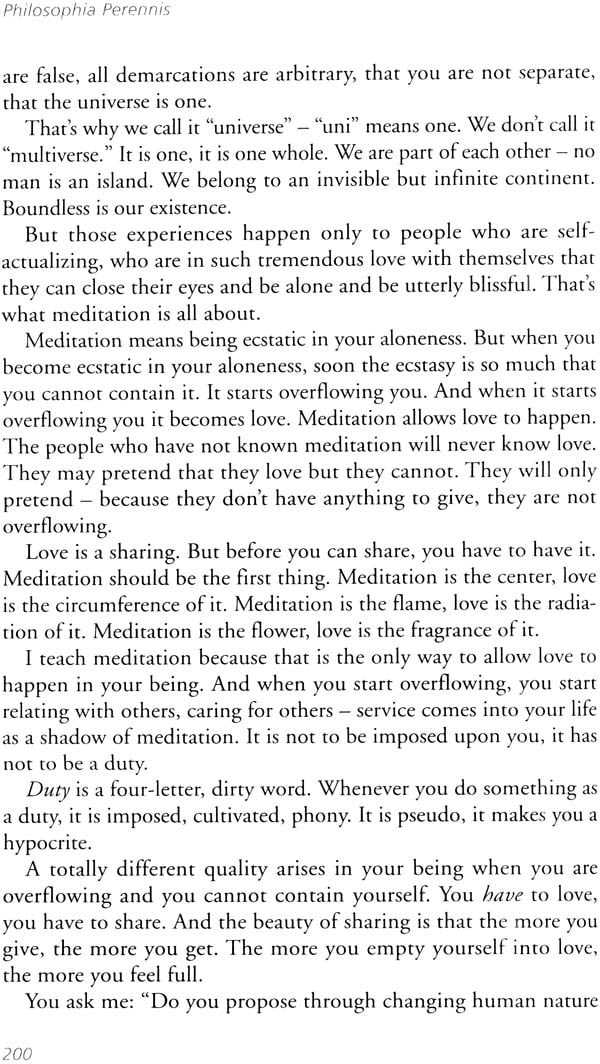 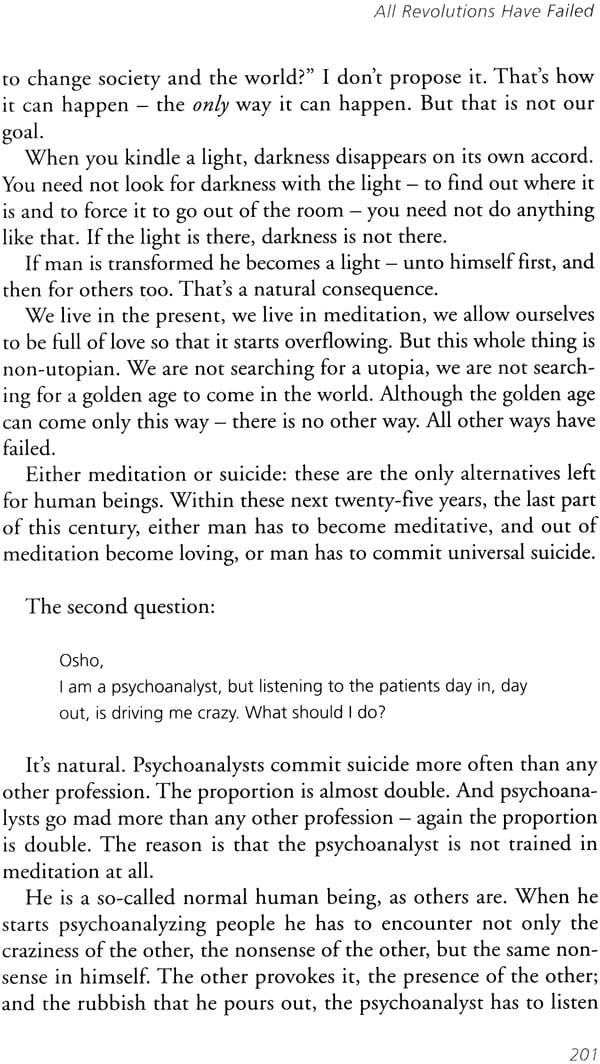 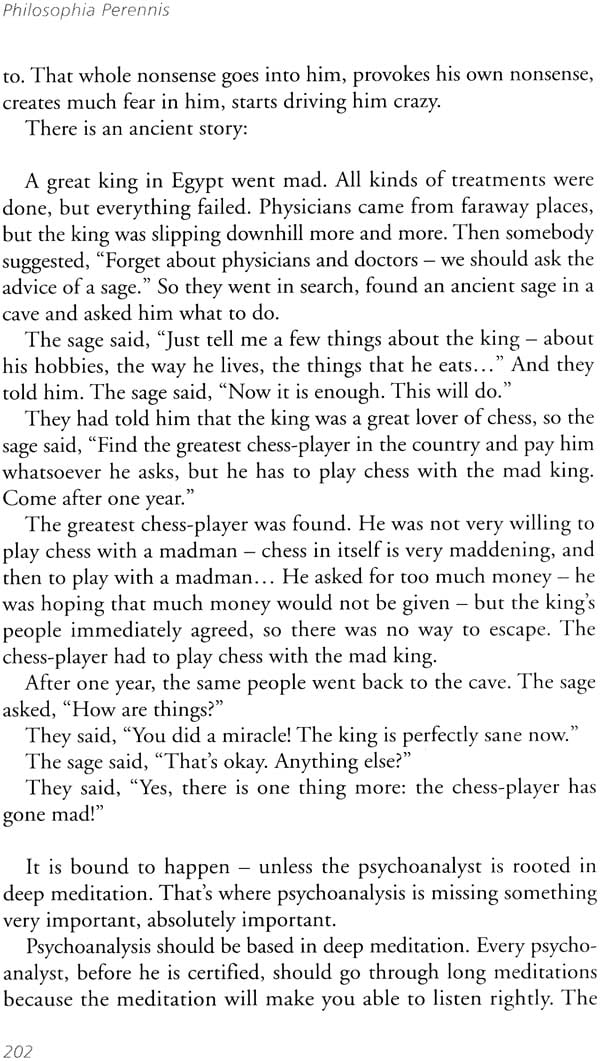 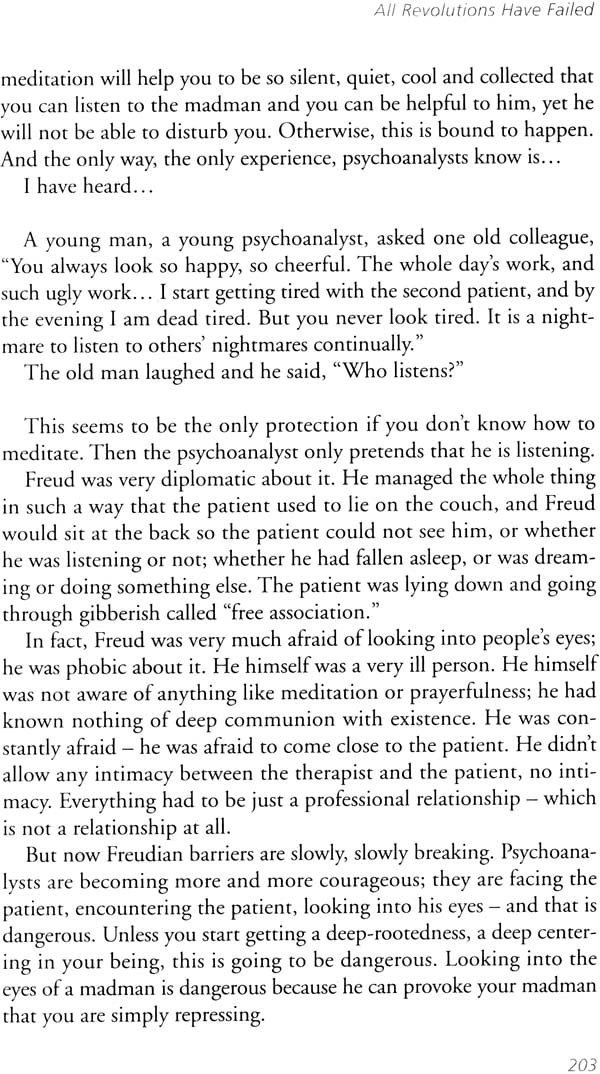 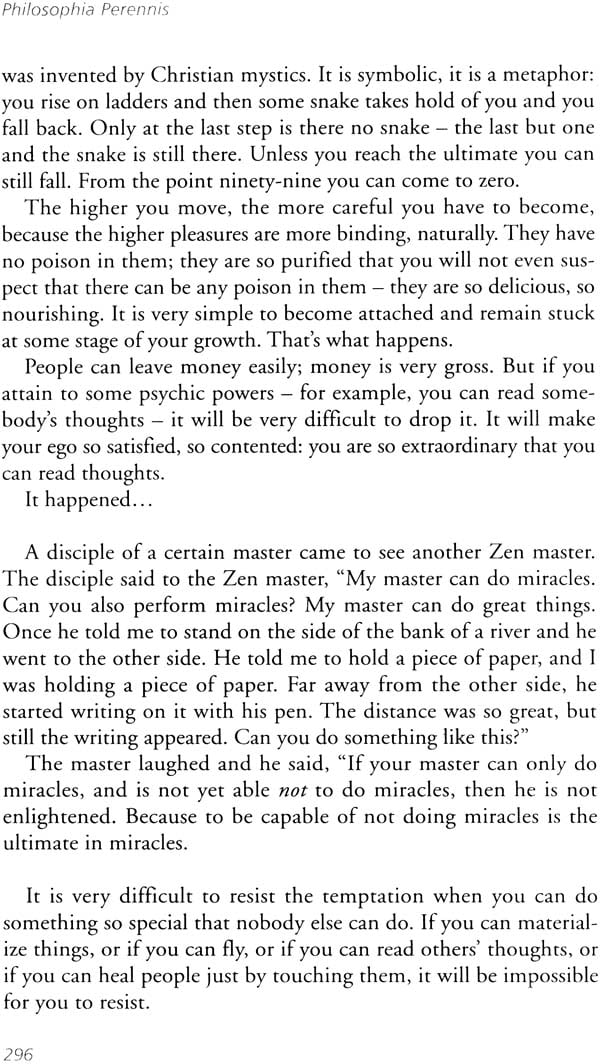 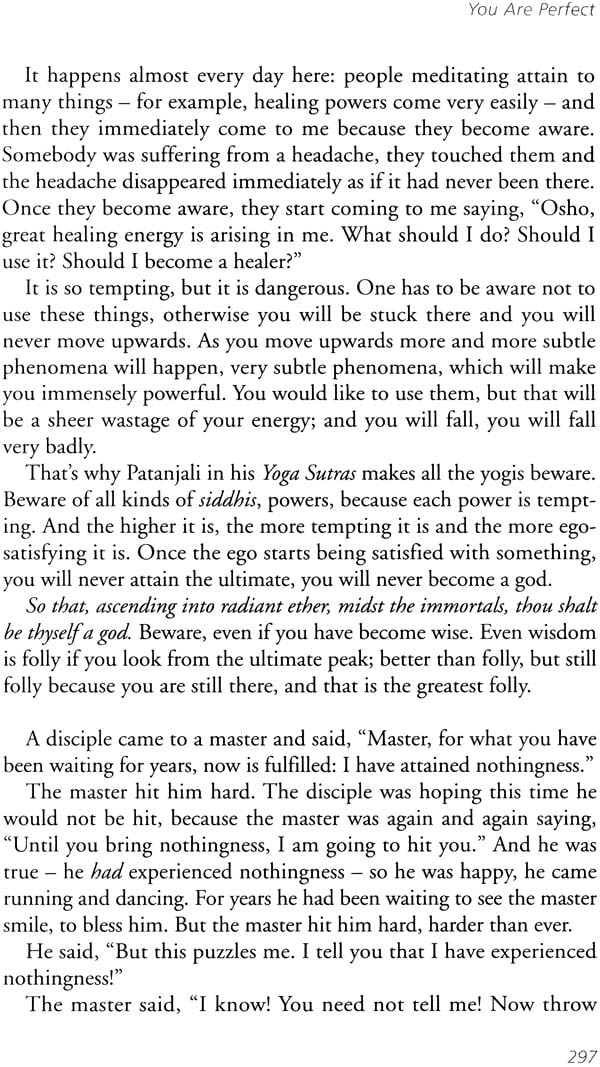 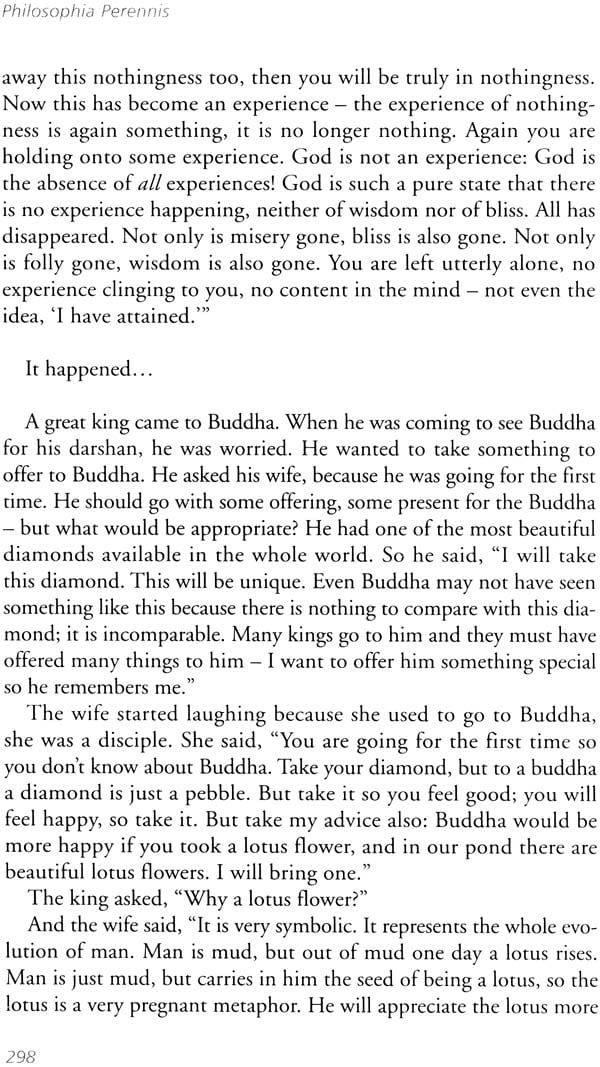 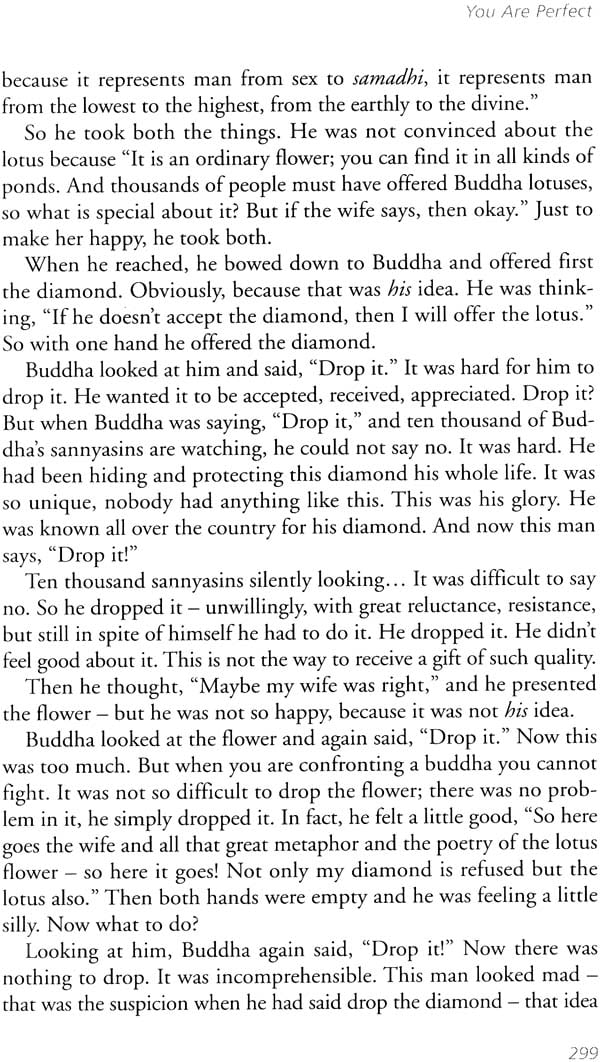